WWII Bomber & Fighter Nose Art Panels The love of WWII Aviation is the driving passion to keep this memorable artwork alive, many pieces of the original art work are lost forever and known only through photographic records.

At Hearts & Armour you will find the highest Quality Contemporary, as well as detailed Reproduction pieces of WWII Bomber and Fighter Nose Art hand painted in period style. Please feel free to contact us for additional information on sizes and prices for the pieces of Hearts In Armour Nose Art shown on our page.

**These items are NOT mass produced or vinyl stickers/silk screened but are hand painted in the USA by a local Colorado Artist. 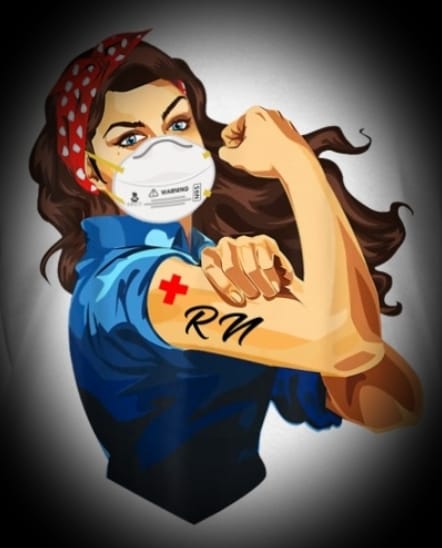 Please be patient, I will be back.
I have been working at my other job.

Who doesn't need this?!

Our Memphis Belle Limited Edition shirt order is CLOSED, but because we have surpassed 1000 FB likes, we’ve got an awesome give away for you!!!

How about this flyby to kickoff the new year? My pal Stephen @wingnut206 filmed this Corsair near Sacramento. It’s an Oshkosh grand champion that was listed for sale for $4mil+. Looks like they got it. In the Korean War, Brown/Hudner’s squadron always flew with at least one drop tank, whereas this plane carries two. Thanks @combat_learjet for spotting this! #f4ucorsair #corsair #flynavy

Hurry! These are gorgeous and help to support the amazing efforts of the Commemorative Air Force Alaska Wing to "Keep 'em Flying!"

If you haven’t already gotten your order in, now is the time! Orders will close 12/31, and will be ready for pickup/shipping mid-end January.

Please send us a message specifying sizing and a contact method to call you to process your CC order. Shipping charge is a flat $7.95!

Don't miss out on free shipping for the rest of the year! Message me so I can apply your Military discount prior to purchase.
https://heartsinarmournose.art/

Please feel free to contact us for additional information on  sizes and prices for one of a kind pieces of Hearts In Armour Nose Art.

Nose Art Gift Certificates will be
Available for pickup in person
Today Dec 15th from 10am - 4pm at the
Alaska Aviation Heritage Museum
2019 Holiday Bizarre, or online anytime at https://HeartsInArmourNose.Art
Come say hello!

Last minute shopping?
I will be available at the Alaska Aviation Museum this Sunday the 15th. As usual, expect shenanigans, and a few surprises I haven't posted online yet. ;-) I hope to see you there!
**For online orders, I cannot guarantee delivery by Christmas at this point, but there is free shipping for the rest of the year!
https://alaskaairmuseum.org/events/holiday-bazaar-2019/ 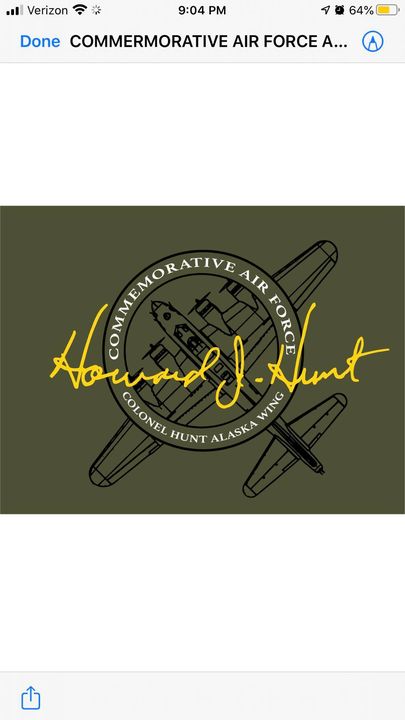 In case you missed the gala, but still want to help the Commemorative Air Force Alaska Wing, you still have time to get one of these amazing hoodies or tshirts! "Keep 'em Flying!"

T shirts are $40. Hoodies are $65. We will have order forms available at the Stars Across Alaska Gala on December 7.

Shirt sales CLOSE December 31, and should be ready for pickup mid-January!!!

If you’d like to order, please message us with your email address for an order form!

In case you missed me at the Commemorative Air Force Alaska Wing 2019 Stars Across Alaska Gala last night. 1. I hope to see you in person at the next event. 2. I will be updating the website and fb with the pieces still available for sale, blank panels for your special order wishes, and the pieces I didn't show online yet. 😉

Happy Thanksgiving!
I am so grateful for my amazing family and friends, for your continued inspiration and support.

Our family’s motto this year: give experiences not gifts!

Thanks to The Alaska Zoo, if your family is all about experiences too, you can bid on a gift certificate for a one year family membership at our Stars Across Alaska Gala on December 7!

Tickets are almost sold out, so hurry and grab them before someone else does: https://www.eventbrite.com/e/stars-across-alaska-gala-tickets-76705087983

Come show the CAF-Alaska Wing some love and like their page. I am so grateful for the warm welcome we have received by these amazing people!

Also, only 6 tickets left for the gala!

We are 10 likes away from 1,000 on FB (and a cool prize giveaway coming your way!), and we have 10 tickets left to the Stars Across Alaska Gala on December 7!

Yes, you Scoundrels! I can label your packages with... let's just call it "subtle gift labeling."
As for explanations, you are on your own! 😂
*shared with permission*
You know who you are! ;-)

Counting the days!
In response to the messages I am getting about purchasing Denali Darlin'...
If you want a chance at this one, you have to come and see her (and me!) in person at the Stars Across Alaska Gala, and from what I hear... it is almost sold out! I hope to see you there! 😊
https://www.eventbrite.com/e/stars-across-alaska-gala-tickets-76705087983

We are pleased to announce Linda Faye will be onsite during the gala to answer your questions about the process, and maybe even take your special orders.......

There are less than 20 tickets left for the Gala:

For Sale $375
Gremlin Gus II
24in x 30in Aluminum
https://heartsinarmournose.art/store

I hope to finally see some of my Alaska friends in person at the Gala! There will be a few unexpected surprises. ;-)
https://www.eventbrite.com/e/stars-across-alaska-gala-tickets-76705087983?aff=efbeventtix&fbclid=IwAR2Mj5qMSnXNv0Bna0eJQu2R-MqtDqskF7AEE3oUJStw_pE2v1HCryWYlF0 Betty Grable, in what may be the most iconic pinup image of all time. –Hulton Archive/Getty Images Though its origins can be traced further back, it was WWII that really put pinups on the ma…

I get more excited the closer it gets!

A little off topic, but so cool I had to share. So much inspiration comes from those old warbirds!

I’ve been keeping this one quiet for a while now and thought I might explode. Now I can tell the truth.

Since I was a young boy, Star Wars has been one of my life’s great passions. I read everything I could about that universe, and continue to do so today. Recently, with the debut of Disney+, I was contracted to write a trio of articles about that galaxy far, far away. I don’t consider myself a great writer, just a serviceable one doing the best he can to improve, but today I am soaring because I achieved one of my life goals: I got paid to write about Star Wars. I am so very, very thankful. 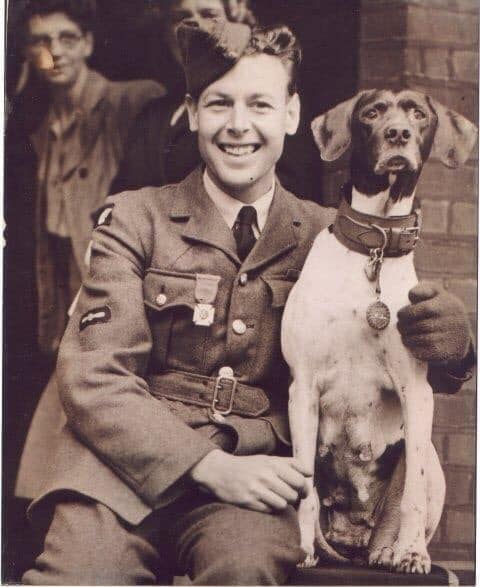 Judy, a purebred pointer, was the mascot of several ships in the Pacific, and was captured by the Japanese in 1942 and taken to a prison camp. There she met Aircraftsman Frank Williams, who shared his small portion of rice with her.

Judy raised morale in the POW camp, and also barked when poisonous snakes, crocodiles or even tigers approached the prisoners. When the prisoners were shipped back to Singapore, she was smuggled out in a rice sack, never whimpering or betraying her presence to the guards.

The next day, that ship was torpedoed. Williams pushed Judy out of a porthole in an attempt to save her life, even though there was a 15-foot drop to the sea. He made his own escape from the ship, but was then recaptured and sent to a new POW camp.

He didn't know if Judy had survived, but soon he began hearing stories about a dog helping drowning men reach pieces of debris after the shipwreck. And when Williams arrived at the new camp, he said: "I couldn’t believe my eyes! As I walked through the gate, a scraggly dog hit me square between the shoulders and knocked me over. I’d never been so glad to see the old girl!"

They spent a year together at that camp in Sumatra. "Judy saved my life in so many ways," said Williams. "But the greatest of all was giving me a reason to live. All I had to do was look into those weary, bloodshot eyes and ask myself: 'What would happen to her if I died?' I had to keep going."

Once hostilities ceased, Judy was then smuggled aboard a troopship heading back to Liverpool. In England, she was awarded the Dickin Medal (the "Victoria Cross" for animals) in May 1946. Her citation reads: "For magnificent courage and endurance in Japanese prison camps, which helped to maintain morale among her fellow prisoners, and also for saving many lives through her intelligence and watchfulness".

At the same time, Frank Williams was awarded the PDSA's White Cross of St. Giles for his devotion to Judy. Frank and Judy spent a year after the war visiting the relatives of English POWs who had not survived, and Frank said that Judy "always provided a comforting presence to the families."

When Judy finally died at the age of 13, Frank spent two months building a granite and marble memorial in her memory, which included a plaque describing her life story.

These research finds are incredible!

76 years ago, this week, the Battle of Attu ended. Next up, Kiska! And the Aleutian Campaign continued.

The weather was as much an enemy as ever there was . . . and it took as much courage to face it as it did to engage the Imperial Army and Imperial Navy . . . the Alaska Veterans Museum continues to tell the stories of the Soldiers, Sailors, Airmen, Marines, Coast Guardsmen, Merchant Marine - the units, individuals, volunteers - men and women who stepped forward to answer the call of our Nation and Alaska.

May we never, ever forget their valor, dedication, and commitment; their selfless sacrifices in the face of unyielding conditions and unrelenting enemies.

Come visit, learn, and enjoy a truly rich history filled with the kind of heroes you'll see in this film.

(Many thanks to friend and colleague Ted Spencer and the Prince William Sound Museum for sharing of this video).

Hearts In Armour WWII Nose Art Panels has sent us a sneak peek of the nose art she donated for the auction!

Get your tickets here: https://www.eventbrite.com/e/stars-across-alaska-gala-tickets-76705087983

While doing a little research for a client, I found this little tidbit. What an interesting read!
https://www.navy.mil/ah_online/archpdf/ah194310.pdf

Be the first to know and let us send you an email when Hearts In Armour WWII Nose Art Panels posts news and promotions. Your email address will not be used for any other purpose, and you can unsubscribe at any time.

Other Museums in Wasilla

You all should check out this incredible artists work!!!
HAPPY birthday to YOU!!!
Anything on record for a WWII bomber with the name Oklahoma Momma piloted by Dale Lucas Beaty? We have no military records of him because a lot of them were destroyed in a repository fire. He was also an engineer at Boeing out of Wichita, Kansas. He flew in the Dresden Run and the European Theater. He completed at least 1 and maybe 2 tours. He wanted to do more but the military wouldn't let him because he was too valuable as an engineer, designing airplane components.