Do you love the outdoors? Are some of your favorite places the Wonderland Trail, Going-to-the-Sun Road or Lake Chelan? Have you ever wondered why some areas have been set aside as national parks and not others?

Or why we set aside national parks in the first place? If you can answer yes to any of these, then join us for History of American National Parks. We will explore the story of the national parks in the United States and North America from their origins in the 19th century to the present day. Find out how they are part of our story! Class times will be from 5:30 pm until 10 pm on Tuesdays during Summer Quarter 2011 at EWU Riverpoint.

Song is "Grey and Green" by Charlie Maguire available at www.charliemaguire.com

Unfortunately, only a snippet view.

Intriguing stories of how people have died in Yellowstone warn about the many dangers that exist there and in wild areas in general.

Speaking of humor and national parks.

On thought on parkology. The Idaho Conservation League recently sent an e-mail asking for the public to join with them in shaping the newly protected areas of the Owyhee Wilderness and Wild and Scenic Rivers. Let me share a few photos of the region and ask for your response. (cjh)

Owyhee Uplands. Getting one more hike in 2010

How might this relate to the McKibben reading for this week? How does this seem to reflect a broadening of ecological concern for parks and wild places? Or not? (cjh)

The Climate Friendly Parks program provides parks with the tools and resources to address climate change. Member parks around the country are leading the way in the effort to protect our Nation's natural and cultural resources to ensure their preservation for future generations.

To put our readings in a little more context, here is Arches National Monument (now National Park) and Edward Abbey during the season that inspired Desert Solitaire.

An excellent resource for final papers (and general information on parks) - as shown in class. (cjh)

Today, roughly 60% of the 394 park areas administered by the National Park Service have been set aside as symbols and evidence of our history and prehistory. Many of our natural parks contain historic places that represent important aspects of that history. Collectively, these places present an

I was in the Salt Lake City airport today on the way to Jackson and the Great Tetons National Park, and I saw this picture, sponsored by the National Park Conservation Association. It says that private owners of land inside the Petrified Forest National Park may be selling their land to mining operators. This is disturbing news, but I'm glad that the NPCA is working on keeping the "P" in "ALP."

1 of 6 Yosemite the Fate of Heaven Conservation National Parks

Part 1 (of 6) of the complete Yosemite: The Fate of Heaven documentary. Even at twenty years old, it still raises important questions about utilization of national parks.

Center for the Study of the Pacific Northwest

Even 84 years ago, Spokanites recognized how close they were to national parks. And didn't hesitate to tell others!

GREAT SOURCE FOR DATA ON THE NATIONAL PARK SYSTEM. Follow the link below to go to the National Parks Conservation Association web page overview of national park names, locations, visitations, etc. At present there are 394 units in all, 15 of them in Washington. 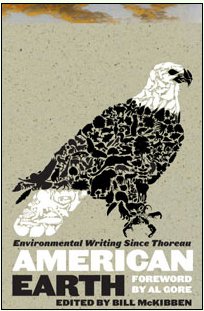 One of our readings this summer in "History of American National Parks" will be Bill McKibben's "American Earth" -- an anthology of American writing about nature. I just discovered a web site for the book with a suggestive interactive timeline. We may build a similar but more extensive timeline in the class. For that web site, see: http://production.americanearth.loa.n4m.net/ 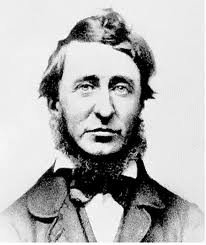 He wrote: "In wildness is the preservation of the world." I like talking about Henry David Thoreau, and I especially enjoyed talking about Thoreau with my friend and colleague Tony Flinn on his program "Just a Theory" on KPBX in Spokane. Herewith the podcast of the interview, broadcast last Sunday, May 22, 2011: http://www.kpbx.org/podcasts/justatheory/000502201.mp3

A quick preview of some of the national parks within a day's trip of Spokane visualized in Google Maps.

The outlet of the Stehekin River and Mount Buckner from the Lady of the Lake II. Copyright Clayton Hanson, 2010.

While the national parks may be "America's best idea," our northern neighbor beat us to the punch by five years in organizing a service to administer and care for them. Today is the 100th anniversary of Parks Canada, so enjoy this discussion of their importance for Canadians, the rest of North America and the world.

On May 19, 2011, Parks Canada celebrates its 100th anniversary, commemorating its founding in 1911 as the world’s first national parks service. Preceding the creation of the National Park Service in the United States by more than five years, the federal government of Canada created a new unit within

WSDOT has also helpfully provided a set of photos on Flickr of their efforts.

Flickr is almost certainly the best online photo management and sharing application in the world. Show off your favorite photos and videos to the world, securely and privately show content to your friends and family, or blog the photos and videos you take with a cameraphone.

Follow the progress of WSDOT as they work their way up and over the passes and avalanche zones of Highway 20.

We update this page as crews progress along the highway clearing snow. The updates include mileposts or geographic locations so you can use the map as a reference guide. Picture album for 2011

“The History of American National Parks” (History 498/596) will debut this summer in Spokane, Washington. The course is taught by Professor J. William T. “Bill” Youngs, with help from graduate student Clayton Hanson. We were interviewed about the course recently on KYRS in Spokane on the program “Down to Earth.” (You can access the podcast here: http://www.kyrs.org/showprofile.cfm?id=1257998618783#podcast). You can also learn more about the course on our page.

I'm teaching History 498/596 this summer on the History of American National Parks. Recently Bart Mihailovich and Paul Dillon interviewed me and graduate assistant Clayton Hanson on "Down to Earth" on KYRS. It was one of the best conversations I've ever had on American wilderness -- so thank you, Bart, Paul, and Clayton. You can access the podcast here: http://www.kyrs.org/showprofile.cfm?id=1257998618783#podcast

A reminder that Prof. Bill Youngs and graduate assistant Clayton Hanson are appearing on the broadcast and podcast of Down to Earth Northwest for May 10, 2011.

What is life like as a ranger? Accounts have varied. Horace Albright was the second director of the National Park Service and collected and published vignettes of park life starting in 1928.

Ranger Confidential: Living, Working, and Dying in the National Parks

Anthony Bourdain popularized the tell-all memoir for an industry with Kitchen Confidential. Andrea Lankford adapted it for the national parks to chronicle the day-to-day comedies, triumphs and frequent tragedies of her experience as a park ranger.

The real stories behind the scenery of America’s national parks For twelve years, Andrea Lankford lived in the biggest, most impressive national parks in ...

Other writers, like former ranger Butch Farabee, focused on the changes in ideas about park rangers from the earliest days of the National Park Service to the present era.

In this celebration of one of America's most enduring symbols, fromer ranger Butch Farabee brielfy revies the evolution of this national symbol.

Canyonlands NP preserves not only stark desert landscapes but also signs of human habitation dating back thousands of years.

I made this film last weekend at nearby Turnbull -- nature was out in force!

Be the first to know and let us send you an email when HIST 498/596 - History of American National Parks posts news and promotions. Your email address will not be used for any other purpose, and you can unsubscribe at any time.

Send a message to HIST 498/596 - History of American National Parks:

Other Museums in Spokane