Elvis Aron Presley, The King of Rock and Roll,
is the single most popular entertainment icon
in the world. With new recordings still being released on a
regular basis, as well as Elvis references and
music appearing in some of Hollywood's
biggest films, it is evident that the Elvis
phenomenon will go on indefinitely.

A new generation has embraced his music, re-mixed
it, and made it their own. People of all ages are drawn
to his Graceland home, longing to get a peek inside
the man behind the image, by seeing the clothes he
wore and the items he owned. It is for this reason that we have decided to share our
life's work in this private collection of historical artifacts. We have scoured the globe over the c

A new generation has embraced his music, re-mixed
it, and made it their own. People of all ages are drawn
to his Graceland home, longing to get a peek inside
the man behind the image, by seeing the clothes he
wore and the items he owned. It is for this reason that we have decided to share our
life's work in this private collection of historical artifacts. We have scoured the globe over the c

EXCLUSIVE: Baz Luhrmann is testing a top group of young actors for the role of Elvis Presley in his Warner Bros film about the legendary singer and his manager Colonel Tom Parker. Luhrmann filmed a…

Elvis heads to Cuba for the first time!!
Join us in this land of enchantment as we make history! 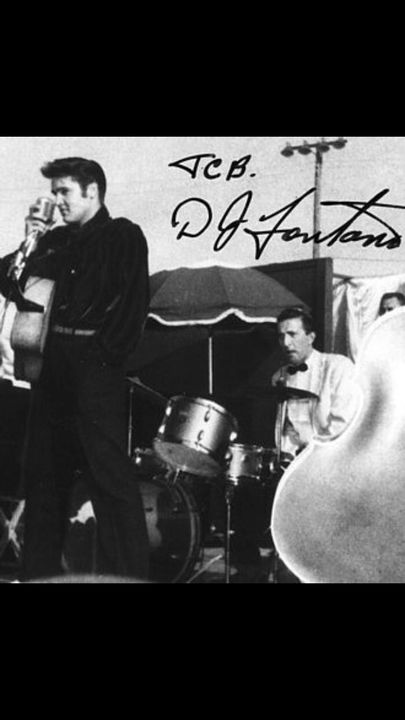 The Kings Ransom would like to extend their deepest sympathy to the family of D.J. Fontana. Rest in eternal peace. 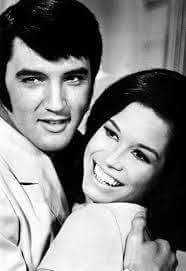 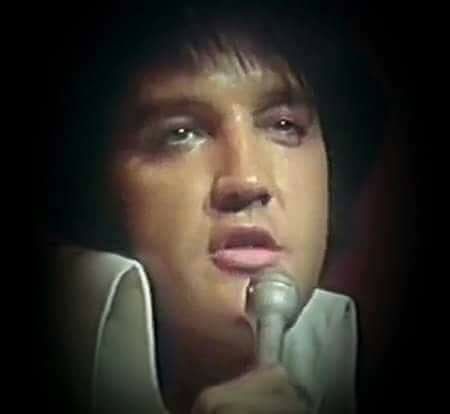 Happy 82nd Birthday Elvis! Thank you for your gift of music and forever inspiring our lives. 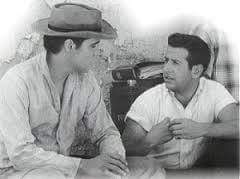 Our sincerest condolences to the Esposito family. R.I.P Joe.

Chips Moman, who was responsible for many hits that came out of Memphis in the '60s, has died.

We extend our deepest sympathy to the Ali family. He was truly the greatest!

Elvis: The Exhibition has closed in Vegas. Certainly for Elvis' legacy we are sad to see it go. We are however very proud that the Kings Ransom Museum called the Westgate/LVH home for over a year prior to this exhibit, seen by over 3/4 of a million people. We were the first to bring Elvis back to Vegas; it was truly out of the love for this man that we brought him back to where he reigned for so long. TCB forever...

The 28,000 square-foot Graceland Presents ELVIS: The Exhibition at the Westgate Las Vegas has CLOSED. See Vegas.com for other attractions in Vegas.

Almost four decades after his death, Elvis Presley is getting a street named after him in the city where he rocketed back to prominence.

1957 - "The New York Times" ran a story entitled "Presley Records a Craze in Soviet Union." The article was about bootleg records being made in the Soviet Union since Elvis records were not legally available.

Viacom's Nashville-based CMT network is expected to formally announce tomorrow the filming of an eight-episode television adaptation of "Million Dollar Quartet," the Broadway musical about Memphis' Sun Records. According to sources familiar with the project, the production will be based in… 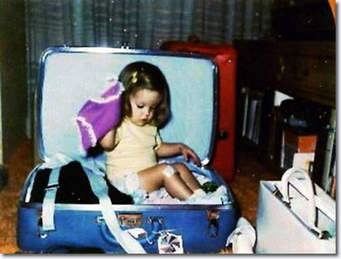 Lisa Marie Presley: Singer-Songwriter Celebrates 48th Birthday on Feb. 1.
Presley was born Feb. 1, 1968, in Memphis, Tenn. The daughter of Elvis Presley, she is known for releasing several records, including "To Whom It May Concern," which was certified gold.

Today, January 27, marks the 60th anniversary of the release of “Heartbreak Hotel,” which became Elvis Presley’s first #1 hit on the Billboard pop singles chart. The song was among the first tracks Presley recorded for RCA Records after the label purchased his contract from Sun Records. “Heartbreak… 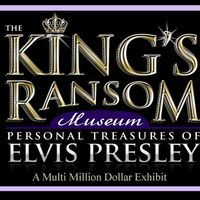 We extend our deepest sympathy to the family of Dan Haggerty. Mr. Haggerty passed away at the age of 74 of cancer. Here he is pictured in the movie "Girl Happy".

On December 3rd, 1968, Elvis mesmerized the world in the now famous, "68 Comeback Special". Hard to believe that the show aired 47 years ago....he is truly timeless.

We extend our deepest sympathy to the family of Yvonne Craig. Yvonne starred in "It Happened at the World's Fair" and "Kissin Cousins" with Elvis.

If You Came Back From Heaven - Elvis Presley Tribute

Thank you for all the joy you brought us and continue to bring us 38 years later! Forever the "Man"!

In honor of Elvis' 35th Anniversary a special tribute was paid to him during the Lake George Elvis Festival 2012. Vocals by Nereida Howe, Background vocals b...

Update: TKR is working on a new location. As soon as we have all of the details we will let you know. Thank you for your continued support.

The Kings Ransom wishes to express its deepest sympathy to the King family. Heaven just gained another Angel.

Elvis Presley is THE most iconic figure in music history. His impact on culture and music in the 1950's was huge. He combined different genres of music, such as gospel, rhythm & blues and country and created the birth of what we call 'rock and roll'. He paved the way for so many other artists th…


We are proud to not only have a portion of our museum on display throughout this historic location, but to have one of our several stage costumes on display directly in front of the showroom entrance where Elvis wore that very costume in concert over 40 years ago, in 1974. As Elvis fans ourselves first and foremost, we are just as thrilled as the tens of thousands of people who have seen our museum each week at Elvis's Las Vegas home.

Since we have been at the former Hilton, The King's Ransom has been featured on local and world news, including Geraldo Rivera, Fox News, and The History Channel, who filmed a segment with us on the same stage Elvis performed over 800 concerts.

It has been an honor to have been the first ever museum of authentic Elvis artifacts to grace the very spot where Elvis made history, and ruled Las Vegas in 1969-1976.

Before The King's Ransom, a single stage costume was on display decades earlier. The costume was a personal loan from Elvis’s father, Vernon Presley. It was draped from a hanger in the hotel lobby behind glass panels. Unbeknownst to the Hilton or many fans that viewed it in the early 1980's, the jumpsuit that was on display was the actual suit worn on stage for Elvis’s famous "Aloha From Hawaii" performance. Graceland was unaware that the most famous of all of Elvis’s stage costumes was hanging for years in storage at the Hilton, after it was removed years earlier from display in the grand foyer. Elvis had a very similar, (but not exact copy) of the same suit that was on display in Graceland from its opening to the public in 1982, up until the early 2000's. As Elvis artifact authenticators we were aware of this fact for years. The archives at Graceland were notified, and they quickly rescued the costume from storage at the Hilton and put it on display at Graceland where fans can now view the actual "Aloha" jumpsuit.

Speaking of "Aloha from Hawaii", The King's Ransom Museum is pleased to announce that among the countless artifacts in our archives, we are the proud owners of the ORIGINAL calf-length Aloha cape made by I.C. Costumes for Elvis for his world-famous satellite performance. This magnificent $225,000.00 artifact was on display at Elvis's Graceland home for many years, starting with the first day they first opened their doors. It can be seen on the very first "Elvis Presley's Graceland" video at the end as Priscilla Presley tells of the cape and its history.

As with all other stops on our world tour, our engagement at the Hilton is drawing to a close. It was against all recommendations from agents and promoters that we bring our museum to an older casino located off the strip, and not in walking distance to the new mega-resorts that have taken over Las Vegas in recent years. It may not be the biggest, most modern, high-tech place in Vegas, but as sincerely true fans, we recognized the historical significance, and realized our own personal dream of an extended engagement with our Elvis museum at the same place where Elvis himself made music history. Our own personal slice of that iconic history is now cemented in time with Elvis at the Hilton.

We are currently preparing our new location for The King's Ransom, as we travel the world, sharing the wonderful world of Elvis to people from around the globe.

The Kings Ransom would like to wish everyone a joyous Holiday and a very Happy New Year!!!!

The Kings Ransom was very excited to be featured on Geraldo Rivera's Elvis' 80th Birthday tribute on Fox News. The exhibit which is currently at the Westgate Resort (former Hilton) can be seen throughout the show.

The Kings Ransom would like to wish everyone a happy and healthy Thanksgiving.

Tune into H2 on October 18th at 10pm to see The Kings Ransom Elvis Presley Museum on 10 Things You Don't Know About..... (Check your local listing)

Check out the new H2 series '10 Things You Don't Know About', and find out more about the show that explores provocative facts about history's most fascinating individuals. Find out more at History.com.

The Kings legacy lives on at the Westgate Resort as items from the Kings Ransom are featured on KVVU / Las Vegas.

The Kings Ransom at the Westgate Resort on TV Station KVVU/Las Vegas.

Be the first to know and let us send you an email when The Kings Ransom posts news and promotions. Your email address will not be used for any other purpose, and you can unsubscribe at any time.

Other Community Museums in New York