In March 2014, a small group of New York City Firefighters will ride their bicycles from the WTC Memorial to the Navy SEAL Memorial in Ft. Pierce, Fl.
(37)

The "FDNY Trident Ride" is a non-profit organization made up of a small group of firefighters, whose sole purpose is to raise awareness for the "National NAVY UDT SEAL Museum Trident House"

9/11 Fireman – HERO Dad! The number of firefighters and other first responders being diagnosed with cancer as a direct result of working countless days at the site of the Twin Towers rubble has been growing. These are not statistics, they are reality.  In yet another tragic tale, in the early we... 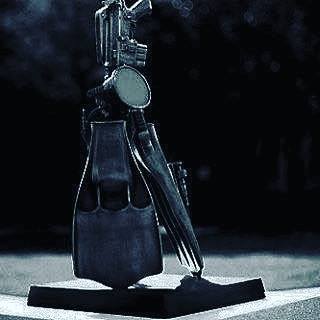 Eveybody please take a moment of silence and say a prayer for the U.S. Navy SEAL, KIA today by ISIS near Irbil, Iraq.

Who Voted Against the 9/11 First Responder Bill?

An absolute disgrace. These men and women, without regard for their own safety, saved thousands of lives that horrible day. This is how our "elected officials" take care of our first responders. Here is the list: (disgraceful and unAmerican) I would hope if your local politician is on this list, you will call and voice your opinion.

List of all the members of Congress who voted against the 9/11 First Responder "Zadroga" Bill.

The World Trade Center Steel that the FDNY Trident Ride accompanied to the SEAL Memorial is now on display in Fort Pierce Florida. What a great honor!! NEVER FORGET!! Warrior Canine Connection names each of their dogs after people who have had a profound impact on the world. These pups help wounded Warriors reconnect with their lives utilizing the human-animal bond as a therapeutic intervention. One of their recent pups, "Bucca" is named after Ronald Bucca, the only fire marshal in the history of the FDNY to die in the line of duty. Ronald Bucca served in the U.S. Army for 29 years, most of which as a Special Forces Green Beret. He was a 23 year veteran of the FDNY before he sacrificed his life on September 11th, 2001. He is a true hero, and we are honored to share this story with you.

FDNY Fire Marshal and Army Reservist Warrant Officer 1 Ronald Bucca was a proud father, husband, friend, fireman, soldier, and nurse. He has been remembered as a soldier's soldier to members of the Special Forces and Army Reserve communities where he served for 29 years and a fireman's fireman to not just the FDNY, where he was a member for 23 years, but the firefighting community as a whole. Mr. Bucca's compassion brought aid and relief to people struggling to find safety and to stay alive in
times of disaster. His desire to bring comfort to those in need continued to the end on September 11, 2001 when the World Trade Center's second tower claimed this brave warrior's life.

Mr. Bucca dreamed of going into the military and at age 17 his career began in the Army serving as a Helicopter Crewman in the 101st Airborne Division in Vietnam. Immediately after discharge he joined the Army Reserves, serving in the 42nd Infantry Division of the New York National Guard, as a Green Beret with the 11th Special Forces Group, the 5/5th Field Artillery Division, the 77th Regional Support Command, and the 800th Military Police Command, 3413th Military Intelligence Detachment. At the time of his death, Mr. Bucca was working as an Intel Analyst with the Defense Intelligence Agency as a Warrant Officer 1. According to LTC Kevin Murphy, USASOC Assistant Chief of Staff, Ret. "Mr. Bucca was the epitome of the Army values: loyalty, duty, respect, selfless service, honor, integrity and personal courage throughout his military career and into his firefighting career." According to his friends, he was a team player from start to finish, even after he traded in his Green Beret and battle dress uniform for a firefighting helmet and gear. Mr. Bucca's son, a Green Beret himself, followed in his father's footsteps in 2002 and is currently on his 5th deployment.

In 1978, Mr. Bucca joined the ranks of the New York City Fire Department. He served with Engine Company 95, Ladder Company 2, the Fitness Unit, Rescue Company One, the Fire Department Terrorist Task Force and in 1992 was promoted to Fire Marshal. In 1986, while a member of Rescue 1‚ in an attempt to rescue a brother firefighter‚ Mr. Bucca fell five stories‚ suffering severe injuries including a broken back. Although many believed his career was over‚ with intensive rehabilitation and sheer determination, he returned to full duty within a year. Fire officials afterward noted that Mr. Bucca had struck a telephone wire and a pair of cables on the way down, but speculated that his survival may have ultimately been due to his Special Forces parachute training. He landed on his hands and feet some said like a huge muscular cat. The men at Rescue 1 nicknamed him “The Flying Fireman."

Mr. Bucca was part of the team which investigated the 1993 bombing of the World Trade Center and in 2000 became the sole field member of the FDNY Joint Terrorism Task Force. From what he had learned from his research with the task force and the military, Mr. Bucca was certain the threat of a terrorist attack was only growing and was said to have kept a set of building plans of the Twin Towers in his Fire Marshal’s locker.
On the morning of September 11, 2001 Mr. Bucca contacted his wife to say that a plane crashed into the first World Trade Center building. LTC Murphy would later say, "He didn't have to be there. Here's Ron the Fire Marshal, the first and only Fire Marshal in the history of the New York City Fire Department (FDNY) to be killed in the line of duty. Those are the values he lived by; it's a testament and summation of his life." Upon arriving to the scene, Mr. Bucca and Supervisor James Devery, started up the stairwell of WTC Tower 2. On the 30th floor they encountered a woman who was incapacitated and Supervisor Devery escorted her from the building as Mr. Bucca continued running up the stairs towards the 79th floor. That was the last time he was seen.

Thucydides wrote: “The bravest are surely those who have the clearest vision of what is before them, glory and danger alike, and notwithstanding go out to meet it. “ This is what Fire Marshal WO1 Ronald Bucca did on September 11, 2001. In full knowledge of the danger he was running towards, he climbed 79 flights of stairs to aid innocent civilians. When Mr. Bucca's body was recovered a month later, he was found a short distance from a group of civilians, and covering those civilians was his Fire Department turnout coat.

On August 6, 2011, a tragedy shook the military community and Americans everywhere. In a single instance, America lost 30 military service members, many of whom were members of the Navy SEAL community—and one military K9– when a CH-47 Chinook helicopter, call sign Extortion 17, was downed in Afghanistan.

Today, on the 4th anniversary of this tragedy, we ask you to pause today in remembrance of the heroes who died and to stand alongside their families who still grieve the loss of their loved one.

They paid the ultimate sacrifice so that we might live freely. How will YOU honor the 31 today?

If you wish to donate to The 31Heroes Project, please visit: https://www.31heroes.com/donate/

The events of September 11, 2001 left most of us devastated. Almost 14 years have passed since those tragic days and a lot has changed in that time. On July 19, 2006 while working at FDNY Rescue Company #1,I was severely injured by a taxi cab that crashed into the fire truck. Myself and Mike Schunk…

One year ago today we started our journey from the World Trade Center to the Navy SEAL Memorial in Florida. It was a privilege to honor our military and meet all the amazing people along the way who supported our cause. Thank you to all of you!

One of our bikes that made it to Florida was just auctioned off to raise money for Special Operations Wounded Warriors. They are a great organization! Like their page!

Our thoughts and prayers are with the families of PO Liu and PO Ramos.

Thank you to all of our veterans!

We would like to say thank you to all those who showed their support for our ride by buying a t-shirt. A very generous donation was made to the Trident House and The National Navy UDT SEAL Museum because of you. Wear it with pride!

Never forget the immeasurable loss our great country suffered 13 years ago, and the sacrifices that our military has made since.

Please "like" our friends at SEAL Future Fund, a nonprofit which provides resources to members of the Navy SEAL community to achieve success as they come back to civilian life after protecting all of our freedoms overseas.

The SEAL Future Fund’s (SFF) mission is to provide resources to equip active duty and veteran Navy SEALs for success in the civilian world.

We the riders and support crew of the FDNY Trident Ride have completed our mission. It would not have been possible without the help of everyone along the way. We would like to thank everyone who reached out to help. From the many police escorts, to a warm meal at a local firehouse, to the motorist passing by with a beep and a wave, we thank you all. We all have sacrificed in many ways to make this happen. The sacrifice we made does not compare to the sacrifice made everyday by the men and women of our nation's military. Let's not forget also the sacrifice's made by the families of our warriors holding down the home front. Thank you all!

Mission accomplished! The steel we've been escorting for the last 2 and a half weeks is home. Let it stand as a symbol and a reminder for all time that the freedom we all enjoy is a direct result of sacrifices made by others.

The finish line! What a wonderful reception. thank you - The National Navy UDT SEAL Museum for such a warm welcome.

Thanks to all of the riders who joined us on Saturday for the final leg of an 18 day journey. Great Job!

Thanks to BattleFrog Series for your support of our ride and cause! We look forward to participating in upcoming events!

We made the front page of The Blackshear Times!

There's always time to have fun!

The Ride for the Trident House

New York City firefighters doing what they can to make sure the sacrifices of others are not forgotten. They started out on bikes last Wednesday, on what they're calling The Ride for The Trident House --- a complimentary refuge in south Florida for families of Navy Seals killed serving our country.

We're hours away from Jacksonville, Florida!!! We've made it to our final state!

Good men don't need to become legends, they just do what is right anyway! #NeverForget #OperationRedWing

We thoroughly enjoyed the crowd support and ride along participation while we were in Wilmington, North Carolina! Thank you all for your time and sacrifice! - with Star-News, The National Navy UDT SEAL Museum, Ashley Porter - The List

The difference between the impossible and the possible lies in man's determination! Thank you to our Military!

For more information about The FDNY Ride for the Trident House, or to donate to the ride, contact: [email protected] or visit: https://navysealmuseum.com/whats-happening-at-the-national-navy-udt-seal-museum/fdny-trident-house-bike-ride/ For information about the "Trident House" visit: https://navysealmuseum.com/support-us-navy-seals/trident-house/ The Navy SEAL Memorial and Trident House are not federally funded. They are a 501c3 nonprofit organization.

Be the first to know and let us send you an email when FDNY Trident Ride posts news and promotions. Your email address will not be used for any other purpose, and you can unsubscribe at any time.