It is the mission of the Bowler Area Historical Society to unearth the history of Bowler and its surrounding townships.
(3)

1912 photo from newspaper. Man on the left is Ray Tinsman (He would have been Tom Egging's grand father, and Florence Egging's Dad) Picture taken in the town of Almon, South of Mattoon.

The museum will be open Saturday!

The museum will be open Saturday!

A bit of Tigerton History.

The Tigerton Clinic closed in March because of COVID-19. Now, renovations have revealed beautiful antique floors in the former brothel.

This post is a continuation of some of the buildings in Bowler of how they looked years ago, and how they look currently. The last post I did on this was of Phil’s Place and how it transformed from its early days to how it looks today. This one, moving down and across the street to the East from Phil’s is the John Pingel residence. This is one of the earliest buildings still left in Bowler and is well over a 100 years old. For many people around Bowler it was a Hardware Store and was a type of General Store in its earliest years. Being built in the early 1900’s when Bowler was first being settled and when Main Street was a dirt road and there was a vast woods all around town. One of the earliest owners was John Bartelt after he moved down from the Cheese Factory by 5 Corners/St. Peters Church area. It was a type of General Store at that time. The store used to have a small addition, after John Bartelt owned it to the East toward’s Nemetz’s Bros, and later Eldred Hull’s Garage. At one time that small addition in some of the earliest photos was the office for C.H. Freeman who was a dealer in wood&land at the time. Latter on the addition had some small farm machinery outside of it between it and the Garage. This is when it was owned by Stager’s and was a Full fledged Hardware Store at this point. After Mr.&Mrs. Stager got older they sold to store to the Mollen’s . They had it up into the 1970’s when it was then bought by Mr&Mrs Charlie Ostrander. At that time the addition was torn off. After Charlie it was sold to Alfred McCallester. At that point it needed a lot of work. Alfred then sold it to my Uncle John Pingel. John gutted it and extensively remodeled it and made it into to a residence and a couple of apartments as it is today.

After a trip home recently I’ve decided to post some pictures of buildings in Bowler and the area of them years ago when they were first built, and how they look today. I thought it would be interesting for everybody to see the changes. The first picture is of Phil’s Place in Bowler owned by Philip Pukall and previously owned by his father and mother Emil Pukall and Peggy Pingel. Before Emil’s I know for a short time it was owned by Mr&Mrs Harris Kessen. (Thank you Janet Martin Johnson!) The place was originally built around 1913-14 and was established and owned by some people by the name of Gogolin. J.M. Gogolin. My Mom’s father, my Grandpa Roy Pingel always referred to this bar as Gogolin’s and told me they had a few slot machines in it when he was a kid. And the Gogolin family is interned at Evergreen Cemetary. I don’t know how the Gogolin family came to Bowler but if anybody knows please don’t be afraid to post on this. I’m just glad to see it still in place and a successful business today. 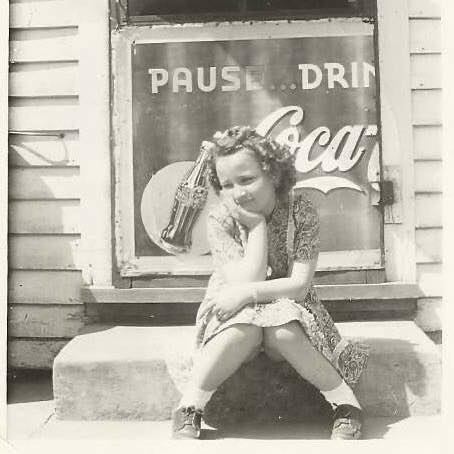 A longtime Bowler resident who was part of starting preserving the history of this area and a content creator of this page is flying with the angels today. Rest In Peace momma! Ronda Narlow Kerstner

She is pictured in this photo when she was a child. Taken in downtown Bowler.

A community member shared this photograph with me and would love any information regarding it. Printed on the bottom is Fred Lang Threshing outfit & crew 1911

Wouldn’t it be something to go back in time and attend this Bowler 4th celebration in 1914?

This is what’s happening at the Historical Society!

Mark your calendars it’s that time of year again!

This is the Lyndhurst train wreck of 1912. The photo is by Tigerton Photographer C.J. Ruppenthal. Lyndhurst is south of Gresham in the Town of Herman.

With all of the interest. Below is a story about the wreck written by Vicki Buettener and published in Voyageur.

Lyndhurst's claim to fame happened early Sunday morning, September 1, 1912. The "worst wreck in history of Shawano County" took place when the southbound Northwestern Limited, enroute from Ashland to Milwaukee, left the Chicago and Northwestern track about a mile northwest of Lyndhurst. The local paper estimated the train was traveling between fifty and sixty miles an hour when it struck a washout - the result of heavy rains in the area. The engine, five coaches, and one sleeper left the track. The engine burrowed into the ground until it was almost out of sight. The baggage car and mail car telescoped, shattering both cars into pieces. The smoker car was pushed into the field. All its windows and seats were broken. The official explanation offered by the railroad read as follows: Train leaving Ashland, Wis., while running thirty miles an hour, on time, at 2:25 a.m. ran into a washout place in the track caused by a local cloudburst at a point about two miles north of Lyndhurst, Wis. The engine, mail, baggage and smoker tipped over, causing the following fatalities and injuries: W.F. Calkins, passenger, Wis., killed; five employees killed; John Jones engineer, Green Bay; C.E.Bushey, conductor, Milwaukee; George Marx, brakeman; Carroll Bennett, baggageman, Antigo, and Stewart D. Sheldon, express messenger, Milwaukee. A few others were seriously injured, twenty-one passengers and North-Western employees slightly scratched and bruised, none seriously, and all were cared for in a sanitarium. The train northbound passed this point one hour before the accident happened and reported no signs of water or indications of a heavy storm. The report after the accident indicates a severe electrical disturbance with a heavy downpour of rain, indicating a local cloudburst about the time the accident occurred. The sleepers and coaches of the train were taken back to Eland Junction, and detoured to Milwaukee, reaching there about 2:30 p.m. on Sunday. R. H. Aishton, Vice President Chicago, Illinois, Sept. 1.

Initially, Alex Schoels, the mailman, was listed among the dead, but a Green Bay hospital denied the report. However, he became the seventh victim when he died on the Thursday following the crash. The crushing force of the cars leaving the tracks killed the crew members. The passenger was killed when he was thrown from his seat through the window of a passenger coach. Attached to the train was the private car of W.D. Cantillion, the railroad's general manager, who was returning with his family from a vacation in Northern Wisconsin. Escaping uninjured, Cantillion took charge of the situation. The telegraph office at Lyndhurst dispatched the message seeking help. Three doctors aboard the train and local doctors from Shawano and Gresham assisted with rescue efforts. Five hours passed before the mailman was removed from the wreckage. The railroad company dispatched a wrecking train from Milwaukee to relay the track so the sleepers which did not leave the track could be taken to their destination. Local passengers returned to Shawano. Others returned to Eland Junction to take a train to Milwaukee. By Wednesday, both the northbound and southbound trains were back on schedule.

Our annual Holiday event is fast approaching! 🎄❄️ Remember the Historical Society Museum is open to the public the first Tuesday of every month or by appointment! 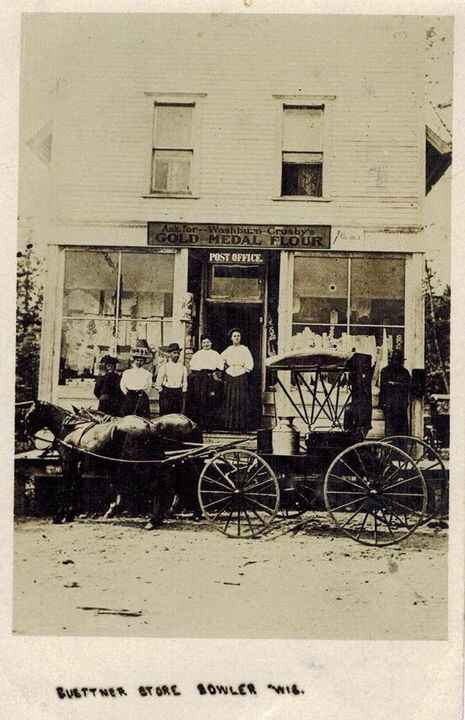 Years ago this was Buettner’s Store. It is still standing in Bowler, but is scheduled to be demolished. It is beyond repair and has been purchased by the Village. The space in the future will be used for parking.

Bowler High School Band in the old gymnasium. Not sure of the year. Please identify the people if possible. Photo courtesy of Diana Casper/Dorothy Kerstner Szutkowski

The Lady Panthers are making history!

The Bowler girls basketball team made history on Thursday as the first conference champion in the 44 years since the progam’s start.

Today is the day! Come out and see the museum, have lunch and support the local crafts people.

Tilleda Baseball Team approx 1910. Can anyone identify any of the players?

🎄🎄Come out and support the Historical Society and other local crafts people. 🎄🎄

Bowler Bash Car Show. Come visit. We are here till 3. A BIG THANK YOU to everyone who is here and supporting the Bowler Area Historical Society.

One month!!! Put us on your calendar we hope to see you in Bowler August 5 th! 😎

This Friday and Saturday come out and see the Historical Society. BONUS-VILLAGE WIDE RUMAGE SALES. Maps available at Jp's Gas and Grocery store. Over 20 different sales!

VILLAGE WIDE RUMMAGE SALE in BOWLER May 19th and 20th. We will have refreshments at the Historical Society. If you would like to set up your own table of sale items in our beautiful yard we are asking $10. The Historical Society will be open from 9 am - 2 pm both days.

Don't forget to come visit the Historical Society today. We are open from 9 am to noon!

Research is happening at the Historical Society tonight!

VILLAGE WIDE RUMMAGE SALE in BOWLER May 19th and 20th. We will have refreshments at the Historical Society. If you would like to set up your own table of sale items in our beautiful yard we are asking $10. The Historical Society will be open from 9 am - 2 pm both days.

Come check out the Historical Museum tomorrow we are open from 9am-noon.

Be the first to know and let us send you an email when Bowler Area Historical Society posts news and promotions. Your email address will not be used for any other purpose, and you can unsubscribe at any time.

I am looking for pictures of Haymen Falls County Park near Leopolis of the dam before it was removed. I have been bring my children there for 30 years and they want to see pictures of what it looked like with the dam in place.
Have you seen these?
my summers and inbetween were spent at grams and gramps house. that pic almost reminds me of when we were allowed to go by the river past the dance hall. think it was a ranger station and swim in the river. jump off the rocks and the ranger s had adopted a fawn, whose mother had been hit by a car. i love bowler, the lumber co. hy carleys store , kalkovens , the carnivals ta=hat set up between the hotel and kahkovens, the liabrary beside the firestation , v=by the pond, the cheesefactory across from the pond, picking beans in the summer and the lovely lutheran church , my gramps was caretaker for.