The Online Coal Mining Museum Is A Virtual Museum,Just Like Any Museum It Keeps The Exibits In The M

This Page Is For All Miners Past And Present,All Miners,Miners Familys Please Feel Free To Come By And Post Your Mining Memorys....

The Lofthouse Colliery disaster was a mining accident which took place in the West Riding of Yorkshire, England on Wednesday 21 March 1973, in which seven mine workers died when workings were flooded. Rest In Peace.
Frederick Armitage 41. Colin Barnaby. 36. Frank Billingham.48. Sydney Brown.36. Charles Cotton. 49. Edward Finnegan.40. and Alan Haigh. 30.

A further nine workers have been found dead following a mine explosion in China, raising death toll to 10 in total.

Eleven miners who were trapped underground for two weeks following an explosion have been rescued, according to China's state broadcaster.

Hello, my ancestors on both sides all worked down the local coal mines, my nan was a pit brow lass. I wrote this story about it and hoped you might like to post it on your page. I still live in Wigan and regularly walk over the old John pit and crooke.
Best wishes, Samantha.

I wrote this and it isn't actually a true story. Any similarities to people living or dead are purely councidental. I wrote about real places and how I imagined things to be back then.
I hope you enjoy reading it 🙂

The Royal School of Mines was established in 1851,[4] as the Government School of Mines and Science Applied to the Arts. The School developed from the Museum of Economic Geology, a collection of minerals, maps and mining equipment made by Sir Henry De la Beche, and opened in 1841. The museum also provided some student places for the study of mineralogy and metallurgy. Sir Henry was the director of the Geological Survey of Great Britain, and when the collections outgrew the premises the museum and the survey were placed on an official footing, with government assistance.
The Museum of Practical Geology and the Government School of Mines and Science Applied to the Arts opened in a purpose-designed building in Jermyn Street in 1851. The officers of the Geological Survey became the lecturers and professors of the School of Mines. The Royal College of Chemistry was merged into it in 1853. The name was changed in 1863 to the Royal School of Mines, and was moved to South Kensington in 1872. In 1907, the school was incorporated into Imperial College of Science and Technology, but retained its own identity as a "constituent college".
In 2001 it was announced Imperial was to transition from a constituent college structure to a faculty structure, a move that was completed in 2003.[5][2] The last Dean of the Royal School of Mines was Professor John Monhemius before the position was abolished. The Royal School of Mines has since come to refer to both the building in which former school was housed, as are its departments still today, and the student body representing students within those departments.[6]

R.I.P Henry Richardson
X NUM (Nottinghamshire Area) Secretary before, during and after the 1984/85 Miners' Strike.

Lowering A Camera 650Ft Down A Flooded Mine Shaft To A Huge Collapse : Abandoned Mine Explore #63

Real time video : https://youtu.be/quI7ArzWszA Join us on Facebook for behind the scenes photographs, chats and videos : https://www.facebook.com/groups/3309...

This Documentary details the design and construction of the one of the boldest engineering challenge undertaken. The Channel Tunnel is a 50 km r...

26th Of September 2020 Is The 70th Anniversary Of The Creswell Colliery Disaster RIP The 80 Men Who Perished In The Disaster.26th September 1950.

Just Arrived At The Online Coal Mining Museum-Steam Lorry Made From Welsh Coal.

Just Arrived At The Online Coal Mining Museum -MSA Explosimeter Model 2A Mine Safety For Detection Of Combustible Gases, By The Mine Safety Appliances Co. Ltd., Glasgow, 1940-1955

Just Arrived At The Online Coal Mining Museum-Boys Own November 1944.

After 200 years, one of England's last coal mines is closing

The Bradley Mine in County Durham produces 150,000 tonnes of coal a year, and workers now face an uncertain future.

The Coal Mining History Resource Centre is brought to you by Raleys Solicitors. Visit the site for information on the history of coalmining.

Just Been Donated To The Online Coal Mining Museum By Mr Mw Of Durham Many Thanks.

Be the first to know and let us send you an email when The On LINE Coal Mining Museum posts news and promotions. Your email address will not be used for any other purpose, and you can unsubscribe at any time.

Send a message to The On LINE Coal Mining Museum: 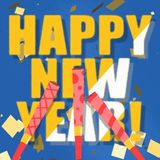 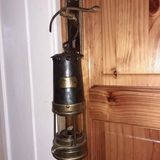 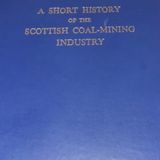 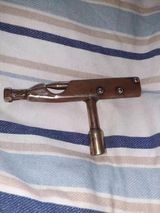 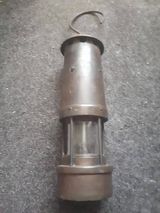 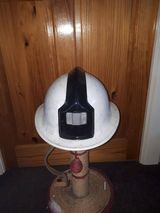 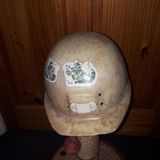 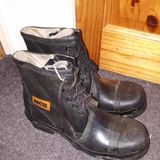 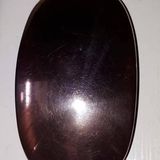 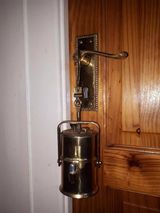 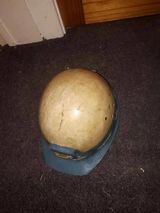 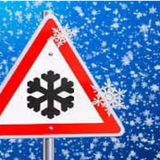 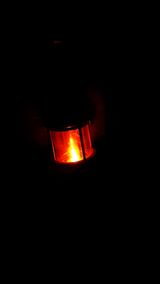 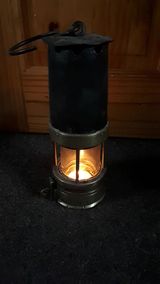 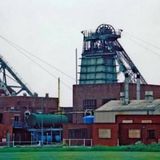 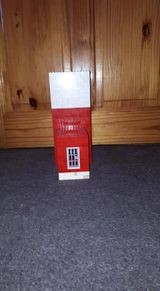 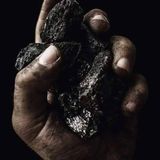 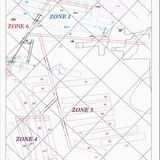 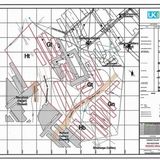 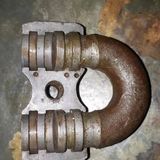 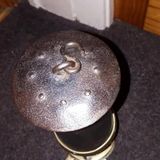 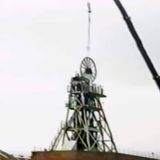 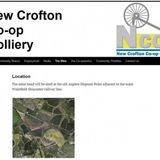 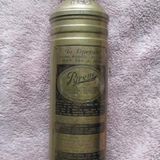 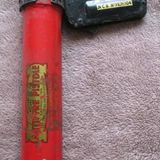 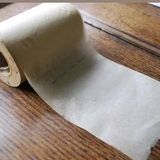 Other History Museums in London

I do hope Admins. allow this post in support of an ordinary NE lad with a story to tell.

I am not a business and self-published. The production of the book was completed as the result of my totally unsupported 100% sole effort.

I am proud of my heritage, being the son/ brother of Northumbrian coal miners. My book inc. 100 pages of growing up in tough times in a NE coalcommunity. It does have some historic merit and in support of that Beamish Living Museum will be stocking my book from Jan. next year. Feedback is fantastic.

Price is £9.99p. +£1.99p p&p. but as a thank you, I will do free p&p for members of this site.
It'd make a great Xmas stocking filler/gift for those with an interest in the era and subject.

Please PM me for further questions or info.

Thank you.
Some photographs for you all. Enjoy.
coal.faithgrace.co.uk
Looking for any information about the Shirebrook Pit Cage Disaster that happened in 1907 as I believe the Arthur Burton that was killed along with two other men was married to my Great Grandmother at the time. Found this about it http://www.dmm.org.uk/pitwork/html/sbcage.htm but wondering if there is a memorial anywhere to those that died. It was reported alot in the Nottingham papers after it happened and during the inquest into the accident. Thanks in advance for any help, just have to find out where Arthur was buried now.
Interesting info on a Wikipedia page:

"In 1346, Edward III of England requested that miners from the Forest of Dean, Gloucestershire accompany his expedition to France,[3] during the first part of the Hundred Years' War between England and France. "

A new Facebook Group has been created dedicated to the Hetton Colliery Railway and the approaching bicentenary of its opening. https://www.facebook.com/groups/hcr200 Feel free to join and be kept posted of the coming events starting with John Banham's online talk Adventurers and Pirates - The Hetton Coal Company, 1820 on Thursday 19 November 2020, from 10.30am to 11.30am
This is being organised by Durham County Records Office, booking is now open at their online shop. 📷
Does anyone know a website(s) and/or link to a historical timeline(s) of UK mining - in terms of technology, advances, legislative, economic/political, social history, miners & communities- or maybe even separate ones for those headings?
Some pics of my Late Fathers items which i helped him find over the years, couple of items i purchased after his death in 2018.
My Father was born in Whitehaven and at 16 went to Solway to do his underground training. At 18 he underwent more training and became a face worker down Haig Pit. He left a few years later after a friend was killed and joined the Army. My Family has a long history associated with the coal mines, stretching back several generations in Cumbria and the North East.
Here’s a poem about the closing of Brodsworth Pit in Doncaster , it’s called ‘Gone’

Gone - the darkness and the grime , the heat the dirt and the slime.

Gone - the laughter, the mates , and the hot canteen , the showers the lockers and the scrubbing clean.

Gone - the dust the bile and the smell that makes you ill, the face the gate and the roof that can kill.

Gone - the Union , the strike and the rage , the defeat the humiliation, the wage.

Gone - the deputy the Over-man and the Boss , the Union man who was always at a loss.

Gone - the certainty ,the dignity and the grit , the friendship, the community, The Pit .

Thanks for reading .
Hi, got this rare piece of mine shaft testing equipment for sale if it’s of interest to anyone?? It’s a Worsley Mesnes Ironworks mine shaft speed recorder for testing brakes. In original box. Asking £95 (I can post for £12.50 extra)
A tribute and a lament to the passing of coal...
x

Other History Museums in London (show all)