The story of folk from around Retford who stood for freedom of the people against State and Church, leading their followers to found modern day America.

Scrooby, home of pilgrim elder William Brewster and his family in the 17th century, helped shape the story of #WhereItAllBegan.

WE ARE REOPENING!!!
Come and spend time learning about these very special people who changed the world! Retford Hub open from 10am Thursday 6th August. Tickets available.

Sadly despite the latest release from lockdown, we currently unable to reopen the museum. It is not possible to keep social distances. Hoping to complete a video tour soon!

Mayflower 400 UK is presenting two new series of digital programmes in the build-up to the 400-year anniversary of ship's historic voyage on 16 September 2020.

There's also the chance to peek inside centuries-old churches that go to the very origins of the Mayflower story, as well as the new Pilgrim Gallery in nearby Retford that tells their stories 📖

You can watch Virtual Voyages: The Homes of Brewster and Bradford on our website or here on our page 🎥

Lovely review... Why not come and explore? Ideal visit for half term. Open daily from 10am. The Mayflower was an English ship that transported the first English Puritans, known today as the Pilgrims, from Plymouth, England to the New World in 1620. There were 102 passengers, and the crew is estimated to have been about 30, but the exact number is unknown.
Come and find out more about this fascinating story

This is when Plymouth's awesome 360-degree video dome will open

This is when Plymouth's awesome 360-degree video dome will open

Builders at The Box in Plymouth have a 'mammoth' task

The 'box' in Plymouth is just £43M of the Governments spend on the Pilgrims in Plymouth. Transforming a city.

They need to strengthen the floor

So the story has made the American LBC news as well. The Pilgrims are famous for a toilet!!

Perhaps the most famous steps in history, the Mayflower Steps have supposedly been located in a surprising, yet somewhat cheeky spot — under a women's restroom in an English pub.

Real location of Mayflower Steps is 'in a pub's ladies toilet'

The real location of the historic Mayflower Steps in Plymouth Devon is inside the women's toilets of a local pub, its landlord claimed. The steps mark where pilgrims left in 1620 to settle in America.

Imagine the logistics of getting all those people from all over the country to a single rendezvous in Southampton - no phones or internet, just messages delivered by foot - Brewster - the man behind the mission was extremely clever and knew it wasn't possible! So what did happen?

An interactive map guide to the Mayflower passenger list including the Pilgrims, non-separatists, servants, and crew

Women’s groups in Doncaster are a major part of a project by Nottinghamshire sculptor, Rachel Carter, as she celebrates the 400th anniversary of the Mayflower voyage to the US.

A series of events is planned for the 400th anniversary of the Pilgrim Fathers' voyage to America. 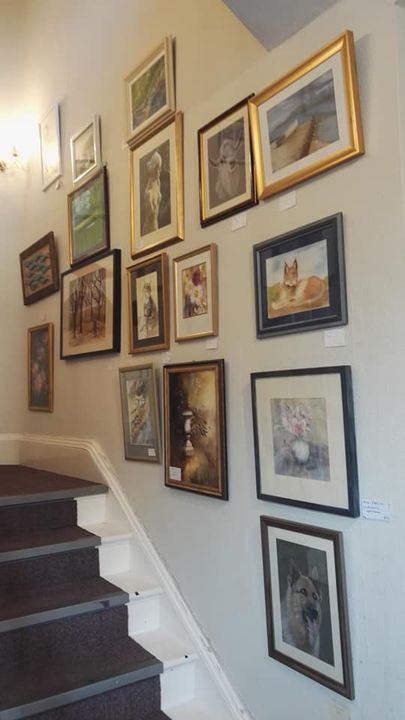 Local affordable art on display at Retford Hub.
Lunch as well as a museum visit...
Open daily from 10am.

Interesting information... why not book a tour for your group or club...
Visit Retford Hub to find out more!

An interactive map guide to the Mayflower passenger list including the Pilgrims, non-separatists, servants, and crew

Mayflower 400 to bring military displays and flypasts to Plymouth

400 events planned in Plymouth for the Mayflower Pilgrim 400.
https://www.plymouthherald.co.uk/news/plymouth-news/mayflower-400-bring-military-displays-2249379

It's going to be spectacular

An American learns of his history, one directly connected to our areas Pilgrim Fathers.
http://www.centre-view.com/news/2018/nov/25/thanksgiving-story/

Council worker Mike Dawe applies fresh gold paint on Nov. 26, 1974 to the monument marking the spot in Plymouth’s Sutton Harbor, England, United Kingdom, where the Pilgrim Fathers embarked in small boats for the 180-ton ship “Mayflower” in 1620. The date, in the old Julian calendar, was the Sept. 6, 1620. Ninety-six days later, on Dec. 11,1 620 they came ashore and began a settlement at Plymouth, Massachusetts, United States, which had been named by captain John Smith six years before. (AP Photo/Horst Faas)

Funding boost for Plymouth building ahead of Mayflower 400

Plans to restore and reopen Plymouth's Elizabethan House for the Mayflower 400 celebrations have been given a boost.

The Ministry for Housing Communities and Local Government announced on Tuesday that a grant of £44,208 for the project is to be awarded from the Coastal Revival Fund.

The city's council is fully restoring the building so that it can play a key part in the Mayflower 400 commemorations and beyond.

The grant will fund development of the final designs for the restoration and the interpretation phases of the project.

The restoration work of the building includes a small two-storey extension to the back of the building, which will provide space for new toilets, a kitchen for staff and storage.

It will also support the deteriorated rear wall of the Grade II star listed building.

Quote Message: We've just unveiled our full plans for Mayflower 400 and this amazing building is going to play its part in attracting visitors and telling local people the stories of those who lived in this house. Funding is always a challenge, so this is extremely welcome news. The work will ensure that the historic fabric of the house is preserved but at the same time ensure it is fit for the public to visit." from Councillor Peter Smith Deputy leader of Plymouth City Council

We've just unveiled our full plans for Mayflower 400 and this amazing building is going to play its part in attracting visitors and telling local people the stories of those who lived in this house. Funding is always a challenge, so this is extremely welcome news. The work will ensure that the historic fabric of the house is preserved but at the same time ensure it is fit for the public to visit."
Councillor Peter SmithDeputy leader of Plymouth City Council

Mayflower 400 will mark the 400th anniversary of the sailing of the Pilgrim Fathers. The Mayflower arrived in "New Plymouth", Massachusetts on 21 December, 1620 at a spot now known as Plymouth Rock.

More than 250 people turned up to join in the celebrations for the Gainsborough's second Illuminate lantern parade.

This is how Harwich celebrated the Mayflower 400 Illuminate this year.
https://www.eadt.co.uk/business/essex-town-plans-more-celebrations-for-2019-anniversary-1-5797377

The November Illuminate Festival brings light to historic Harwich in celebration of the Mayflower’s voyage.

Historic house given a cash boost to prepare for Mayflower 400

Elizabethan house in Plymouth has received grant funding because of its Pilgrim connections, even though it probably wasn't there. The first records of it are 1631!!
https://www.plymouthherald.co.uk/news/plymouth-news/historic-plymouth-house-given-cash-2266824

The town will light up tonight

Our previous post a couple of days ago showed Immingham Lantern Parade - Compare to Dartmouth.
http://www.southhams-today.co.uk/article.cfm?id=114778&headline=The%20town%20will%20light%20up%20tonight&sectionIs=news&searchyear=2018

Candlelit Dartmouth is an annual festive weekend for the whole family.

All the Mayflower 400 venues had lantern parades but which was the biggest. Here is Immingham - big lanterns and lots of crowds.
https://www.grimsbytelegraph.co.uk/news/grimsby-news/gallery/immingham-hosts-illuminate-lantern-parade-2281068

WHERE TO VISIT IN PILGRIM ROOTS COUNTRY: STURTON

We are pleased to say that we are going to speak with Sturton le Steeple Parish Council this week about plans to mark the 2020 anniversary of the Mayflower Pilgrims with some form of memorial in the village. This is great news as we reckon that, per head of population, Sturton must qualify as one of the most influential villages in Christian history (excluding Nazareth etc....).

Most of the attention has been on Sturton as the home village of John Robinson, the 'pastor of the Pilgrims', who actually played a secondary role until after they had migrated to the Netherlands in 1608. Just before then, Robinson famously preached illegally in the village church and many people from Retford were charged with 'gadding' - illegally going to another parish!

Because historians have concentrated on the 'Mayflower' era, they have missed the significance of this. This is because it reflects the radical tradition of the village long before Robinson. One of the most important Protestant martyrs in England came from here - John Lassells, who was burnt in 1546 along with Anne Askew (Ayscough) for rejecting trans-substantiation; had he lived a couple of more years, Archbishop Cranmer might have caught up with him. Lassells' origins here reflect the impact of Sir John Hercy of Grove, an ardent local reformer, some of whose descendants were present at Robinson's illegal sermon. The Lassells family is a fascinating tale in its own right....but not enough time for that today!

Barely forty years later the village sent John Smyth off to Cambridge, from which he returned as a radical nonconformist who was a leader in local separatism. He was perhaps the greatest influence on the move to the Netherlands, where he made the monumental decision to become a Baptist; his erstwhile friend Thomas Helwys then brought Baptists beliefs back to England.

A few years after Smyth, Robinson also left Sturton for Cambridge, and also followed a radical route. Coincidence? Unlikely, but we can only speculate at the local puritan gentry who handpicked bright young men to be the next generation of preachers. Smyth's links to the Wray family we now know of, Robinson's we are less sure of.

Robinson returned to Sturton briefly to find a bride in the White family, and of course his sister in law married John Carver and carried her Sturton memories to the New World. Intriguingly, no one knows where John Carver was from - but there were Carvers in Sturton and Robinson must have trusted him to choose him as leader....sadly the parish records have been lost.

So we can probably argue that the foundation of the Congregational and Baptist traditions (refounding in the latter case, by some arguments) started here - but as to memorials we have a road sign (pictured), a church that was rebuilt after a fire in the 1800s, a famous Foxe print of Lassells' ex*****on, and for Robinson we have a house that is 'believed' to have been his - and a memorial in Leiden.

If you'd like to visit Sturton le Steeple, Pilgrims & Prophets are the only community tour operator who have researched the full Christian heritage of this village. While here, we also recommend going two miles down the road to Littleborough - where the first Christian baptisms ever in our local 'kingdom' took place in the River Trent in the 7th century. It makes the area a brilliant centre for Christian history.

Non-virtual Reality: Tribes helped themselves by helping Pilgrims in 1620

Interested in the Wampanoag Indians - here's an interesting paper.
https://eu.thenews-messenger.com/story/news/2018/12/04/baker-aiding-pilgrims-prudent-move/2191409002/

Massasoit led a delegation into the colonists’ floundering community on March 22, 1621 intending to reverse a century-old policy of intolerance.

Clay to***co pipes that date to the early seventeenth century, found on the site of the Berkeley Plantation Professor Mark Horton 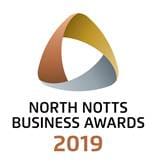 We've been nominated by the general public for the North Notts Business Awards 2019 for the Best Tourist Attraction Award.
Vote now...
https://northnottsbusinessawards.weebly.com/public-voting-awards-2019.html

TripAdvisor uses cookies to improve your site experience. Learn more or change your settings. By continuing, you consent to our cookies.

The dark and uncomfortable truth about the Mayflower Pilgrims

A fascinating read which clearly underlines that many of the Pilgrim Fathers came from local villages.... definitely NOT Plymouth!!!

Meet the REAL Mayflower Pilgrims. They weren't from Plymouth, they may have eaten each other, and they landed in the wrong place

Be the first to know and let us send you an email when Mayflower Pilgrim Visitor Centre posts news and promotions. Your email address will not be used for any other purpose, and you can unsubscribe at any time.

The Pilgrim events in Plymouth 50 years ago. Do we know what happened in Retford?
An excellent exhibition, very well documented and put together. A "must see".......