a singular approach to contemporary art 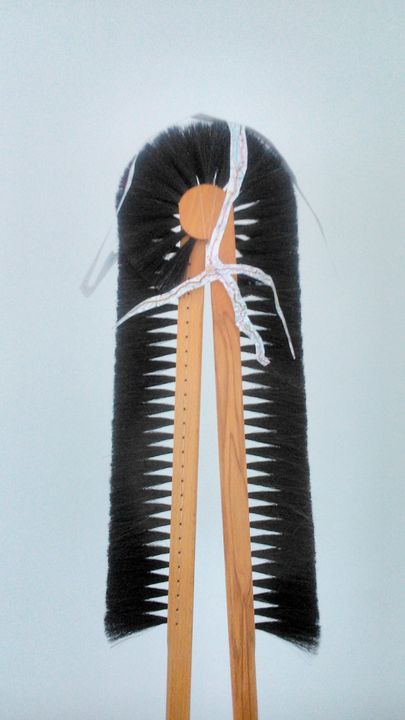 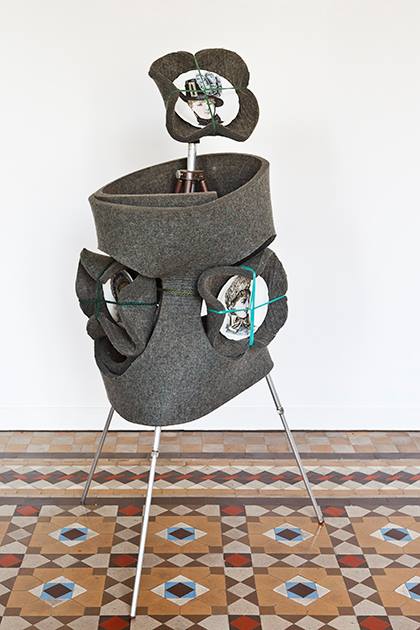 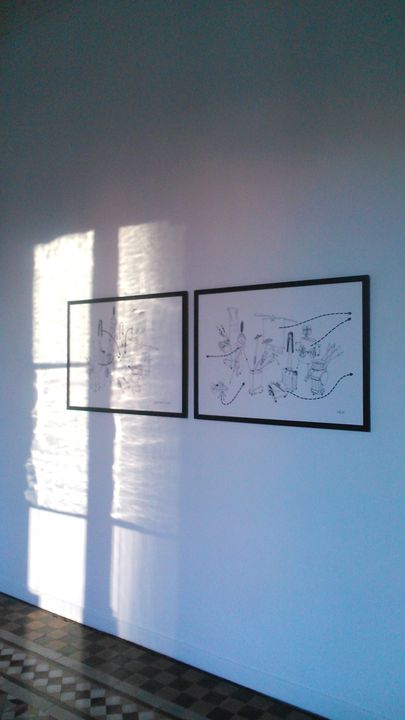 Muchísimas gracias a Louise Sudell y Javier Peñafiel para darnos una exposición de maravilla. Ha sido todo un placer trabajar con vosotros.
Many thanks to Louise Sudell and Javier Penafiel for giving us a marvellous exhibition. It's been a complete pleasure working with you both.

Louise Sudell presents her investigation, Mêlée - Crowd Sculptures, as characters, as drawings mapping collisions, and as marble texts as signage of friction.

Inspired by a fresco by Piero della Francesca which she saw in Arezzo, the frescoes, The Legend of the True Cross, and particularly the episode of the defeat of Chosroes, she recreates it for us as an updated document. That fresco, based on medieval sources, is reified in our current economic feudal reorganization of capitalism.

Sudell's work is an overwhelming sensory text, fixed in images, and populated by devices of silent drama. In Melee Sudell has gathered several of her leitmotifs; the electric, science-friction, the electric crowd. The features that Sudell brings to Mêlée are those of a collection of characters, numerous coincidences and contacts. Her sculptures are collages and three-dimensional devices of accumulation, eccentric ready-mades that combine biography and illusion.

Just as science today warns us that reality depends on being recognised at all times, these sculptures resemble "something" because they look like "someone". Epochs and periods of sculpture happen as circularity and not as a retrospective of reality. A pure gathering of characters.

It is about the mapping of collision. A theatre Noh play. A still of the crowd.

Mêlée for geo-politics and poetics of the shared, as a beautiful friction.

Louise Sudell's Mêlée is played by her characters:
The Black Wheels; Obstinate, Contrary, Rancorous, Migratory and Unselfish. The Green Tripods; Pathetic, Languid, Equanimous, Temperamental and Derogatory, and others from out of the chaos of their genesis. Javier Peñafiel 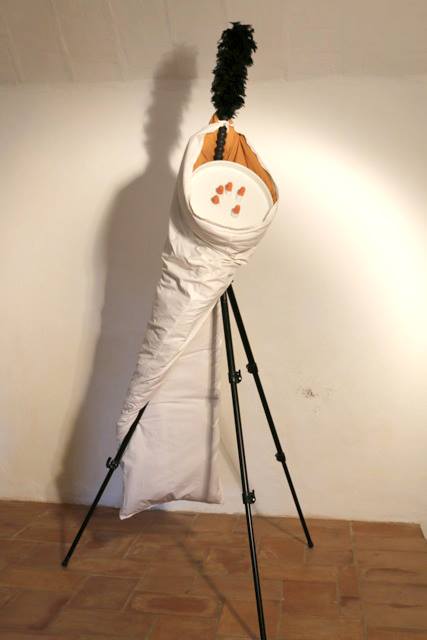 “An investigation on the theme of the crowd, the multitude or community, in which collisions occur between the distinct figures, presented as well defined characters; a hybrid between installation and a theatre of objects, sculptures and drama. Alongside these figures is a series of drawings, which maps out the shifts and collisions within Mêlée.”

During the exhibition Javier Peñafiel with give a dramatised conference entitled "The Electric Multitude" inspired by the work of Louise Sudell. 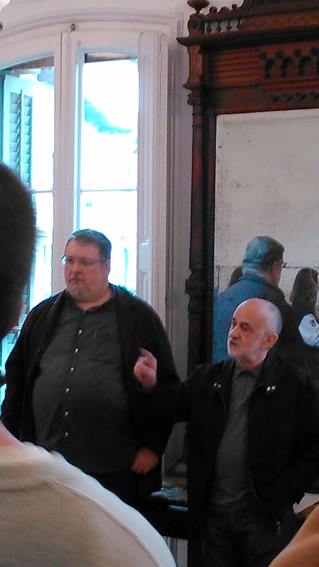 Tuesdays, Wednesdays and Thursdays, from 7-9 pm, until the 29th of May.

Tuesdays, Wednesdays and Thursdays, from 7-9 pm, until the 29th of May. 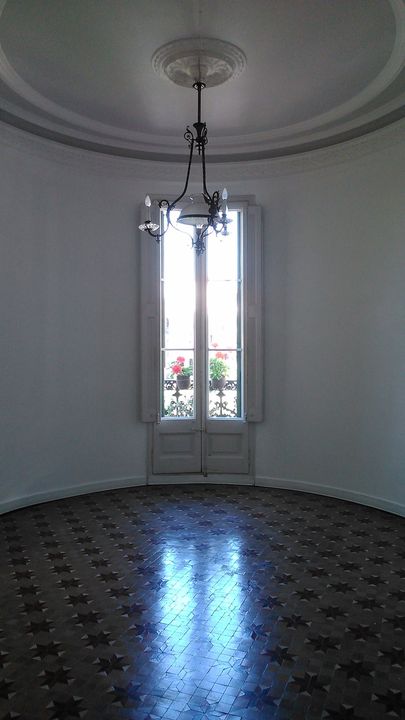 The range of effects and the nuances of affect presented by the paintings of David Rhodes would be remarkable enough in an artist who set himself few restraints. And yet – initially at least – the defining characteristic of this New York debut exhibition of the Berlin-based British painter is the s...

The exhibition Four Tet - Paul Pagk, Laurie Reid, Sam Reveles, David Rhodes, is up until the 18th of July. Tuesdays, Wednesdays and Thursdays, from 7-9 pm.

The exhibition Four Tet - Paul Pagk, Laurie Reid, Sam Reveles, David Rhodes, is up until the 18th of July. Tuesdays, Wednesdays and Thursdays, from 7-9 pm.

A review in Artforum of the Lawrence Weiner exhibition at MACBA, Barcelona, Written by the artist and writer, David Rhodes, who is in our current exhibition, Four Tet.
http://artforum.com/picks/section=eu&mode=current

Many thanks to all who came to the opening of Four Tet. The exhibition will remain up until the 18th of July. Tuesdays, Wednesdays and Thursdays, from 7-9pm.