Located at 136 E. Fayette St, Uniontown, PA
This home has a deep and sad history. If you want to learn more book your weekend investigation now!
(9)

A 3 story haunted mansion. Opening it doors to the public and teams to conduct parapsychology experiments

A 3 story haunted mansion. Opening it doors to the public and teams to conduct parapsychology experiments

PA Member Mark Boccuzzi is starting a meetup in Tuscon!

Just noticed this on the Keighley Mansion FB page. Thoughts?

Click here to support Save this Historic Site! organized by Adam Sedlock

We are offering tours/investigations for all donations of $100 or more.

Adam Sedlock Save this Historic Site! The old Keighley Home (aka "Keighley Mansion") was built in 1902 in Uniontown, PA and has an interesting history. We are

The latest issue of the Journal of Parapsychology has been released to PA members. Check out the table of contents here and consider joining our student or supporting membership.

Hartmut Grote at the prestigious Max-Planck-Institute for Gravitational Physics, in Hannover, Germany tested a leading edge theory of psychokinesis using a novel experiment in parapsychology. The results of this investigation are revealed at the end of his presentation when the data are unblinded. What did this new experiment unravel about the nature of PK? Find out by watching the video.

Arnaud Delorme and colleagues at the Institute of Noetic Sciences (IONS) aimed to learn if mediums could obtain information about deceased individuals in a controlled setting while scientists imaged their brains via an EEG. Were the mediums successful? Did the EEG data reveal a biological basis for mediumistic ability? See Dr. Delorme’s presentation from this past summer’s PA convention in Paris as he reports on this fascinating study.

The US Navy has finally acknowledged footage purported to show UFOs hurtling through the air. And while officials said they don't know what the objects are, they're not indulging any hints either.

In the same decade when gravitational waves and a neutron star merger have been observed, astronomers have now observed what they believe to be the first detection of a black hole swallowing a neutron star.

The Mindfield team is actively seeking contributions of articles, news announcements, new books, and references to articles relevant to parapsychology in the journals of various fields. Several themed issues are planned for 2019-2021 - see what they are and what you might be able to contribute.

Dr. Dean Radin's Presidential Address to the 62nd Annual Convention of the Parapsychological Association on "Making Sense of Psi". Join the PA for members-on...

This will be an interesting investigation as it is.......active already!

This is not paranormal but historic beyond proportions...
https://m.youtube.com/watch?v=gg5Ncc9GODY

On July 20, 1969, Apollo 11 astronaut Neil Armstrong made history as the first man to walk on the moon, and uttered his famous words: "That's one small step ...

Good Night for an investigation at a winery during a thunderstorm.....

At the upcoming #ParisPA, Annalisa Ventola and her co-investigators are challenging the "disease model" of poltergeist experiences, identifying the “repressed teen” depiction of poltergeist-like occurrences as an "overly simplistic cultural meme" rather than a well-specified scientific model.

Looking at the explanatory power of transliminality (i.e. the hypothesized tendency for psychological material to cross thresholds into or out of consciousness), Ventola et al suggest that emphasizing subclinical “dis-ease” states seems more promising in helping to explain the psychology of focus persons in poltergeist cases, striving to ameliorate the pathological dimension commonly associated with focus persons.

The PA is pleased to welcome Helané Wahbeh as our newest Professional Member! Dr. Wahbeh's primary interest is in channeling and she has developed the Institute for Noetic Science's Channeling Research Program. As the Director of Research at IONS, she also supports other parapsychological studies conducted by the IONS science team. Welcome aboard, Dr. Wahbeh! 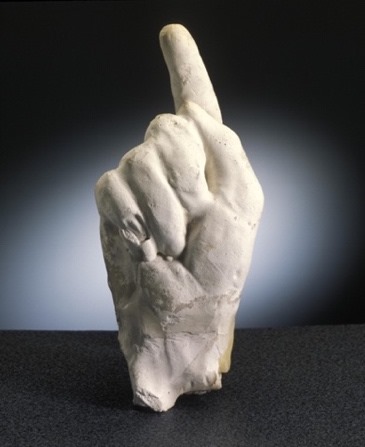 For the close of the 62nd Annual Convention of the Parapsychological Association, the Institut Métapsychique International has planned a visit - exclusively for PA convention attendees - to an exhibit titled "The Embodied After-life: Mediumship, Art and Métapsychique." The exhibit will present 100 years of psychical research through mediumistic drawings and paintings, psi measurement devices, "spirit" photography, original plates of Warcollier's telepathy experiments, and the famous ectoplasmic hand moulds of Franek Kluski. Thought-provoking and visually striking, the exhibit will present a unique opportunity to discover the rich scientific and artistic heritage of one of the oldest centers of psychical research. The evening will end with a reception, also hosted by the IMI, at a nearby Asian restaurant.

What did Mann really observe? Do his observations match the ones by other participants? Did he trust what he had seen or did later some doubts creep up? How did this experience factor into his novels?

A 2014 case of ostensible recurrent spontaneous psychokinesis (RSPK) attracted media attention in France and abroad. An old couple with a teenage nephew observed unexplained displacement & destruction of objects in several rooms of their house. Neighbors, policemen & journalists quickly arrived and added their own testimonies, which deepened the strangeness. In few months, the case was partly “solved”, not through a scientific inquiry, but by the self-accusation of the old “hysterical” woman and a trial that concluded a dismissal of all charges. Without being able to interview the protagonists themselves, despite two attempts, Dr. Evrard Renaud remained an observer of the social treatment of this paranormal story. He collected all press articles, video reports, online discussions & also informal local discussions to document the various socio-psychological reactions at the different steps of the case.

Following the Model of Pragmatic Information, Dr. Evrard will present a paper at the #ParisPA illustrating the four phases of this case: surprise, displacement, decline, and suppression. Focusing on the “suppression phase,” where there is a kind of social influence to restore normality instead of the disturbing paranormality, Evrard will examine the idea of “social elusiveness” and discuss its place in parapsychology.

Join us at the 62nd Annual Convention of the Parapsychological Association this July 4-6th in Paris, France.

Congratulations to John G Kruth of the Rhine Research Center, who has recently been upgraded to Professional Membership in the PA. Our Professional Members promote the advancement of parapsychology by publishing research of a high professional caliber in peer-reviewed, scientific journals. Happy to have you aboard, John!

The World Magnetic Model set to be revised as the north magnetic pole moves from Canada toward Siberia.

PSS investigates PSI at the Keighley Mansion this weekend!!

Frederick Keighley was a businessman, father and husband. He had a long list of organizations and positions which he worked hard to improve. J V Thompson was a friend of Keighley, so much so that his two grandsons were wards of Thompson. When the First National Bank failed in 1915, Keighley became so distraught that he committed suicide in the garage behind his home on East Fayette Street. It has been reported that he at first, armed with his gun, went looking for Thompson and, when unable to find him, took his own life. The notice of his death appeared in many newspapers. This one was published by The Morning Herald on April 15, 1915. The Pittsburgh Post Gazette also published a story on the same day. Its headlines, as you can see, mentions the relationship with J V Thompson. The Ancestry timeline shows the names of his children and wife. Some of you may remember Grace who taught piano lessons for many years. She was also a teacher at North Union High School. Since Keighley was a superintendent at Oliver, I included two photos which I found on coalandcoke.blogspot.com. This website offers a very good history of the Oliver mines. I believe there were 4 mines in total.

Live now at the Keighley Mansion with live paranormal....

To further our scientific research, we often invite individuals like you to participate in our research and experiments

The Keighley Mansion was built in 1904 by Frederick Charles Keighley.

Be the first to know and let us send you an email when Paranormal Science Institute posts news and promotions. Your email address will not be used for any other purpose, and you can unsubscribe at any time.