COME JOIN ME ON A WALKING TOUR OF SUNSET PARK SAT. AUG. 24. WE WILL START AT MY OFFICE ON 1 TIMES SQ., THE TAKE THE N TRAIN, TALKING NOTHING BUT BASEBALL AND FAMILIES. THEN YOU'LL HEAR ME TALK FOR ONE HOUR, FOLLOWED BY FOOD, FUN, FOOD, FUN...

It figures Bombers would end their consecutive HR streak at CitiField⚾️

I would like you use this site as a forum to talk Mets and Bombers... ...Simply know that I am booking a tour for Sat. aug. 24th at 1 pm, starting at 1 Times Sq!

I AM PLANNING A GRAND TOUR OF SUNSET PARK SAT. AUG. 24th, BEGINNING 1 pm. FROM 1 TIMES Sq. I AM IN TOUCH W THREE LOCAL MERCHANTS IN THAT NEIGHBORHOOD TO BE NICE TO US, AND SERVE US GENEROUS PORTIONS...of lunch at a special restaurant...reduced-price for Tsing Tao......and fortune cookies...that only tell you whatta you want to hear. While we take the N, all I want to hear is about your family and sports....until we reach 5th Ave stop. Then we get historical for awhile and you listen to me before we eat! Book now at (845) 642-9174. We go even if it rains❤️ Price per person: $75!

I will be at my humble 1 Times Sq. post Thursday afternoons in August arranging funny, informative four-hour walking tours of the outer boroughs. Let's eat some Indian, Chinese, Ethiopian food together when we eventually tour. Come stop by if you're interested...I will be happy if all you want to do is talk Yankees, Mets, Giants, Jets for two hours on end. I love the midtown crowd. However, if you walk with your pizza unfolded, lol, you better fold it, or else I'll get "hectic" on you! I'll think you're from Philly or something. Love you all and come visit me!

Staten Island has a vibrant and growing population from Sri Lanka, a destination preferred for people who escaped the civil war there in the 1980s and 1990s. There is a delicious Sri Lankan restaurant that I thoroughly enjoy on Bay Street...

Looking forward to the return of Judge and Sanchez to the nyc landscape...

Look for postings on exciting events I'm planning in the five boroughs, Bergen and Rockland Counties.

THE APPLE HAS RIPENED!--You can still sign up for my latest dynamic, updated course on NYC neighborhoods at the Valhalla campus of Westchester Community College, starting Sunday, July 9 and ending August 6th, from 11 am to 1 pm. Learn the latest ethnic groups migrating to little-known neighborhoods, along with the latest commercial developments in the most unlikely hideouts! Call me at (845) 642-9174 or at [email protected] if you require further information.

I AM COMING TO SEE YOU ALL SPRING LONG!--REGISTER SOON for my SLICING THE APPLE course at WESTCHESTER COMMUNITY COLLEGE, Valhalla, NY, a series of five two-hour classes on NYC history and the secrets hidden in NYC neighborhoods. I will bring the unusual dynamism, current content and engaging manner.

The course will go a long way toward NYC tour guide training--if that's what you choose.

A GRAND BUS AND WALKING TOUR COMBO
SATURDAY, MAY 14
BROOKLYN; A NEXUS OF NOSTALGIA AND NOW
-BOOK A TOUR NOW!

Enjoy an entire Saturday in the borough of churches...and of so many relatives past and present...by beginning in Williamsburgh, an old-world ethnic mix of Puerto Rican, Italian, and Satmar Hasidim. Go there fast, before a recent incursion of young professionals dominate and change the neighborhood entirely! From there, you can sample the pierogies at Greenpoint, one of the country's largest first-generation Polish-American enclaves. Then cruise to Prospect Park, NYC's third-largest park of verdant green, amusement, and horse-training facilities, designed during the City Beautiful Movement of the 19th century. You will then explore the grand estates of Eastern Parkway--NYC's "other" champ elysee, a wide tree-lined street that houses remnants of the Underground Railroad, and home to an eclectic mix of people. It is the city's most colorful street during the West Indian parade. Your colorful journey concludes on Brooklyn's south shore, where you will see people fishing off the Manhattan Beach piers. Then listen to the Russian chatter of residents of Brighton Beach and Coney Island, home to the country's largest population of first- and second-generation Russians from the Black Sea and Central Asia...

GOOD NEWS: I will be teaching an entertaining, informative, five-session, two-hour class on NYC history and the secrets hidden in NYC neighborhoods currently, in a class called "Slicing the Apple," in two places this fall. The course can also help you prepare to become a NYC tour guide, if that is what you want!

SATURDAY, SEPTEMBER 26: A BRONX TALE: Enjoy a Saturday touring a dynamic, misunderstood borough with the sights and sounds of people, neighborhoods, and vaunted, historical institutions, starting with Yankee Stadium, the proverbial "House that Ruth Built." We will then cruise up the Grand Concourse, designed literally to serve as the borough's champs elysee. On this concourse of mansions, you will take a tour through Edgar Allen Poe's country home away from the Manhattan bustle. You will then enjoy the gastronomical treats of the city's once-largest Little Italy--fast becoming Little Serbia--on Arthur Avenue, home to some of the best bakeries, restaurants, and markets in the world. The tour will end on the Bronx's own New England-style fishing village--City Island--home to fishermen, lobster catcheers, and some of the best seafood restaurants in the country. Exotic, colorful birds fly routinely over City Island...

I am conducting a Queens Kaleidoscope tour with 27 of my fans this Saturday from 9 a.m. to 6 pm. My combined walking- and bus tour will start on Ditmars Avenue and 31st St. in Astoria and wind up around 6 pm on Cross Bay Blvd. in Howard Beach. At 11:30 am, Saturday, we will stop to enjoy a delicious Indian buffet meal at Jackson Diner in Jackson Heights. Please stop by and say hello to me and my crew...

Know what? Arthur Avenue--and the whole Belmont neighborhood--is flourishing with new residents straight from the other side of the Adriatic. These are first-generation Americans from Kosovo and the former Yugoslavia who, instead of swimming to Italy, want to dip their toes into the American dream, and make their start in the Bronx...

Know what? Arthur Avenue--and the whole Belmont neighborhood--is flourishing with new residents straight from the other side of the Adriatic. These are first-generation Americans from Kosovo and the former Yugoslavia who, instead of swimming to Italy, want to dip their toes into the American dream, and make their start in the Bronx...

In Astoria, a growing neighborhood of residents from a Neopolitan village called San Filippo--about several thousand strong--is flourishing alongside the long-time Greek- and Brazilian-Americans, and hipsters. Some of the residents who came from this small Italian village may never have heard of Rome, but they have heard of Astoria, USA. So next time you tour Astoria, add some sfogliatelle to your list of spanokipita, egg lemon soup, and radissio...!

Be the first to know and let us send you an email when Apple Slice Tours and Talks posts news and promotions. Your email address will not be used for any other purpose, and you can unsubscribe at any time.

Send a message to Apple Slice Tours and Talks: 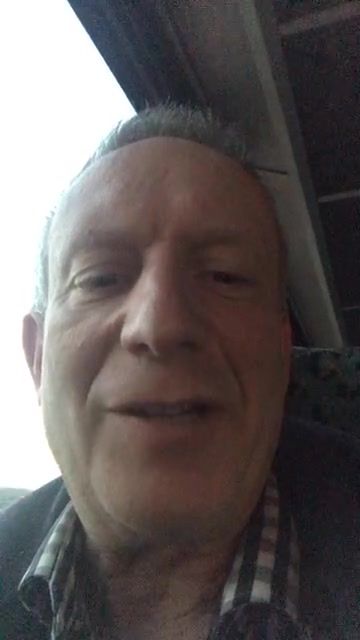