Located in New York City, the world's first and foremost vertical metropolis, The Skyscraper Museum celebrates the City's rich architectural heritage and examines the historical forces and individuals that have shaped its successive skylines. Through exhibitions, programs and publications, the Museum explores tall buildings as objects of design, products of technology, sites of construction, investments in real estate, and places of work and residence. 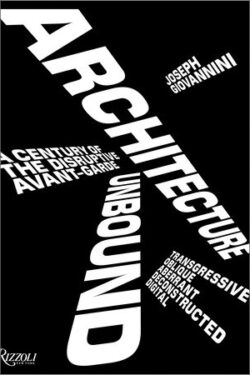 Architecture Unbound: A Century of the Disruptive Avant-Garde - The Skyscraper Museum

Noted architecture critic, Joseph Giovannini will present his new book, Architecture Unbound: A Century of the Disruptive Avant-Garde. The program is free, but you must register here: https://skyscraper.org/programs/architecture-unbound-a-century-of-the-disruptive-avant-garde/

Architecture Unbound: A Century of the Disruptive Avant-Garde examines the influence of twentieth-century avant-garde movements on the contemporary architectural landscape through the work of “disruptors” such as Frank Gehry, Rem Koolhaas, and Zaha Hadid. With an irregular format designed by cel... 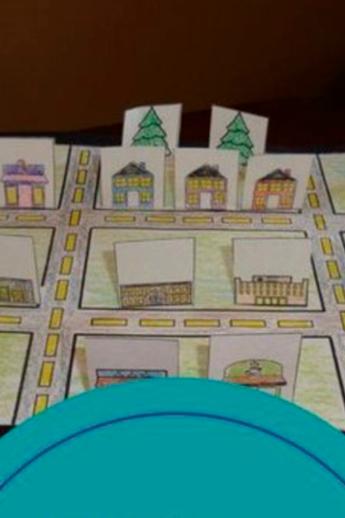 Planning With Personality! - The Skyscraper Museum

What's your neighborhood's personality? Join our family program, designed for kids, this Saturday Jan. 22 at 10:30am as we learn about street planning & "sense of place." will then build their own model !

Young city planners will learn how architects consider the personality of a neighborhood - what designers call the "sense of place." In small groups we'll discuss and design a street plan detailing where parks, places to eat, shop, play, and work areas belong, as well as what features their ideal…

🗽Rise up New York, NYC: The Official Guide’s is here! 🎟 Get 2 for 1 tickets to , including access to our exhibition in partnership with The Skyscraper Museum at https://www.nycgo.com/must-see-week?cid=nycos_mswpartner_facebook

NYC Must-See Week is a proprietary program of NYC & Company.

Watch the NOVA PBS special, "High-Risk High-Rise: Can skyscrapers be made safer, more efficient, & livable in our rapidly growing cities?" which premiered Jan 5 with our director, Carol Willis! Learn about skyscraper ingenuity & the future of tall buildings! https://www.pbs.org/wgbh/nova/video/high-risk-high-rise/

Can skyscrapers be made safer, more efficient, and livable in our rapidly growing cities?

Mark your calendar for our free, virtual, lecture on January 18 @ 6pm! Ahmad Abdelrazaq, who led the Samsung C & T team as contractor for Merdeka 118 in Kuala Lumpur, will discuss the engineering, planning, & construction of the now 2,227 ft. .

The 20th anniversary of 9/11 is now in our rearview mirror, but our current pandemic predicament raises questions about our city's short-term recovery and shifting patterns and priorities. For the Museum's second part of the program examining the rebuilding of the World Trade Center, called Ground Zero Master Plans: The Commercial Imperative, we will explore "lessons learned" and consider the relevance for the city's post-COVID recovery.

Our virtual panel on Wednesday, December 1 at 6:00 will bring together key players in the development, design, and construction of the rebuilding of the World Trade Center site. Leading the discussion as a speaker and moderator is LYNNE B. SAGALYN, author of Power at Ground Zero: Politics, Money, and the Remaking of Lower Manhattan (Oxford, 2016).

Our panel brings together key players in the development, design, and construction of the commercial component of the rebuilding of the World Trade Center site:

ROBERT LIEBER served as Deputy Mayor of Economic Development from 2008 to 2010 and represented the City on the board of the Lower Manhattan Development Corporation.

ROBIN PANOVKA, a partner at the law firm Wachtell Lipton and co-chairman of their Real Estate practice, represented Silverstein Properties in the redevelopment of the World Trade Center for more than a decade.

CHRISTOPHER O. WARD served as executive director of the Port Authority of New York and New Jersey from 2008 until 2011, overseeing the rebuilding at World Trade Center and other projects.

To RSVP for the program, you must register on this page through Eventbrite to receive the Zoom link. The webinar is limited to 100 attendees, but will be live-streamed to our YouTube channel.

Did someone say FREE?! Enjoy FREE admission this weekend (and through February 2022) at The Skyscraper Museum!

Thankful for skyscrapers? Join our FREE Family Program tomorrow, November 20 at 11am as we put an architectural twist on the classic hand turkey, replacing feathers with skyscrapers. Kids can either draw inspiration from our Supertall Wall or design skyscrapers of their own to pick and display their top five from around the world. All ages welcome. RSVP required. Visit our website at skyscraper.org!

Today, The Skyscraper Museum conducted our first hybrid, in-person and Zoom, Family Program. For this event, This is the Empire State, we designed light shows for the Empire State Building on coloring pages. Our goal is to have fun and be creative! 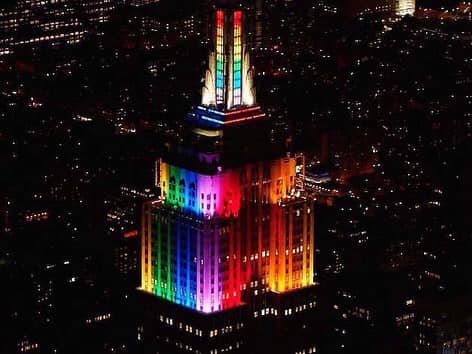 A FREE hybrid family program is scheduled for this Saturday, November 6 at 11am! Designed for kids, we'll learn about the history of The Empire State Building and draw our own light shows for the spire! Register here: https://www.eventbrite.com/e/this-is-the-empire-state-family-program-tickets-187110361127

Remember, masks and vaccine records are required upon entry.

Battery Park City is known for its beautiful waterfront, built on the space of the old piers. One remains: Pier A pictured below. Swipe to see its original use by the Fire Department and its facade today!

Learn more by registering for our FREE Family Program, designed for , Sat., Aug. 14 at 11am.

READ ALL ABOUT IT: Our August newsletter is here: https://bit.ly/3CwPcki Did you know that Battery Park City has 12 parks and over 10 public works of art?! Join our , designed for kids, this Sat. August 7 at 11am, and discover the meaning behind art like Tony Cragg's "Resonating Bodies." Battery Park City Parks

Trains, Buses, Bikes, & Ferries, Oh My! Register for our family program, designed for kids, this Sat. July 31 at 11am as we explore in Battery Park City!

Tonight at 6pm, architect and professor Kiel Moe will discuss his new book Unless, an analysis of the Seagram Building and the environmental impact of architecture and urban real estate.

Thanks for the superstar supertall model of 111 West 57th Street! Check out our installation video and click the link in our bio to see our show: https://skyscraper.org/.

BREAKING NEWS: The Skyscraper Museum reopens to the public with SUPERTALL 2021 tomorrow, July 15! Admission is FREE FOR ALL, but you must book a timed ticket by visiting our website: https://skyscraper.org.

Join us tonight at 6pm for a virtual talk by Professor Katherine Zubovich about her new book, Moscow Soviet Skyscrapers & Urban Life in Stalin's Capital. Zubovich will explore how the quintessential architectural works of the late Stalin era fundamentally reshaped daily life in the Soviet capital. Visit our website to register!
https://tinyurl.com/2nnvsvxr

The Empire State Building for

Take a Time Machine in Battery Park City: From Landfill to Waterfront Community on July 10th from 11am-Noon! Register for our free & discover how artists turned landfill in BPC into art projects like a wheat field! https://tinyurl.com/254v2yzk

From sea to shining skyscrapers! Battery Park City is sandwiched between the building canyon of Broadway and the mouth of the mighty Hudson River. Join us on Saturday, June 19 at 11am for a quick tour of the Museum's gallery and its historic photographs of the lower Manhattan skyline followed by a walk around the Museum's block to point to skyscrapers that date from as early as 1900 to today. After exploring views of the Statue of Liberty and Ellis Island, we'll create a group drawing of a skyline in colored chalk on the sidewalk inspired by the buildings we see around us! Recommended for Pre-K to 5th grade.

Our summer lineup of family programs is supported by a Community Partnership with the Battery Park City Authority. All programs meet at the Skyscraper Museum, 39 Battery Pl. and are held principally outdoors. The gallery will be accessible: masks are required indoors. For outdoor activities, we follow current NYS guidelines.

All programs are free! You must reserve a place for your child/family through the Eventbrite button. Reservation priority is given to Skyscraper Museum Members and residents of Battery Park City. Every child should be accompanied by a parent/guardian. The maximum number of households per program is 20. In the event of bad weather, we will notify you via Eventbrite.

Be the first to know and let us send you an email when The Skyscraper Museum posts news and promotions. Your email address will not be used for any other purpose, and you can unsubscribe at any time.

Send a message to The Skyscraper Museum: 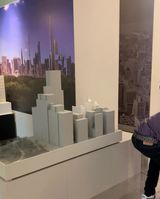 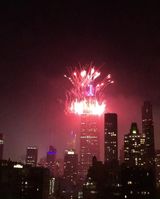 Fireworks from the Empire State Building

Thomas Leslie on the glass box

Other History Museums in New York

This is a building revolution!

The future of building and skyscraper construction is here!

Today,tall buildings are being built using technologies in the USA-Upbrella Construction,in Austria-Hickory Building Systems,in the UK-Jump Lift,in China their technologies ..
They all build by lifting materials to the floor under construction and only marginally improve the performance of traditional technology.
ConstructionWithoutCrane-Builds by raising the building under construction to a floor height ..always builds the "first" floor.And then,
having a "permanent work site",we robotize the main construction work and build the floors of the building like cars on an assembly line.
ConstructionWithoutCrane builds buildings twice or more,faster (calculation on the site),builds any building .."on the ground" without a crane
And yet the main thing for business is profit ..a project without proper commercial potential,for business is like a wedding night without a bride!
Let's say that I'm right,we have mastered the technology,and we are building buildings (skyscrapers) twice as fast.
Then we will winthe construction of all skyscrapers in the world,more than 120 of them are built a year.
The capital turnover of our company will be over $ 120 bn very soon!
The turnover will increase by an order of magnitude if the new technology is “sold” all over the world.
Colossal business!

I propose to master a new technology,having mastered all the methods of lifting a building under construction.

Igidali Ashurbegov Russia,Rostov-on-Don.
Original rare documents on the way to be donated to the 911 Museum shortly!! This is a proposal for instillation of the North Tower of the Original World Trade Center TV Antenna!!
Do you still have on exhibit large models of the Twin Towers which were destroyed in 2001? I used to visit often until I got a stroke in 2017. I have always been fascinated by skyscrapers although I am afraid of heights. I never made it to the new One Trade Center but I often visited the roof of World Trade 2. It was awesome.
Hi there, does anyone perhaps recognise the building shown on the cover of Henry Millers book "The Air-Conditioned Nightmare" (1945). I can see from the sleeve that the photo is by Hubert Creekmore., but no idea where. It seems to be very similar to the Metropolitan Life North Building, in NYC, but that's not it! Any help appreciated!!
Lever House 1952 architect was Gordon Bunshaft for Skidmore, Owings & Merrill
The Look Building 1950 architects were Emery Roth & Sons
Union Carbide Building 1960 architects were Skidmore, Owings & Merrill. This building will replace the Singer Building as the tallest building ever to be demolished which is nothing to brag about.
Summit Hotel 1962 architect was Morris Lapidus
Tower East Apartments 1962 architect was Emery Roth & Sons
Eldorado Apartments 1930 designed by architect Emery Roth
Bowling Green in lower Manhattan in 1941
Beekman Tower Hotel 1929
x

Other History Museums in New York (show all)