Join us for a raucous ride through Honolulu's scandalous past. In 90 minutes, we'll share with you tales of the "boogie houses," where sailors would go to experience the comforts of the oldest profession. We'll wander down Chinatown's historic Hotel Street Bar District, where revelers even today come for the cheapest, strongest drinks in town. And we'll show you Old Ironside Tattoo, where Norman "

Join us for a raucous ride through Honolulu's scandalous past. In 90 minutes, we'll share with you tales of the "boogie houses," where sailors would go to experience the comforts of the oldest profession. We'll wander down Chinatown's historic Hotel Street Bar District, where revelers even today come for the cheapest, strongest drinks in town. And we'll show you Old Ironside Tattoo, where Norman "

I am permanently CLOSED

Brothels and Matchbooks: Honolulu in WW2

https://www.youtube.com/watch?v=PxOteL-XVu4
How did brothels advertise in Honolulu in WW2?

An amateur quarantine documentary about my hobby: Matchbooks from my neighborhood, Chinatown Honolulu.

Wo Fat matchbook! Hawai`i 5-0 named their villain after this restaurant. It was opened in 1882 when King Kalakaua reigned. It stayed open for 100 years.

I got this matchbook just in time to wish you all a Happy New Year from your Commanding Officer!

This matchbook is for a boogie house that was in Honolulu's WWII red light district. I don't know much about this establishment but it was in the building pictured below. Perhaps the colors of the building inspired the colors in the matchbook. The blue is very dark but the red still pops 80 years later!

This match book's business has a story behind it. It was a brothel on the boundary of Honolulu's WWII red-light district. The women working here were not allowed on the other side of the street! At least the white women weren't; Honolulu was worried about social quarantine and tried to keep the white pr******tes as separate from polite society as possible (they also weren't allowed at golf courses).

Anyway, a man named Ted Chernin wrote a great article about his time in Honolulu during WWII. He spent two years visiting his favorite gal, Bobbie, at the Cottage. She was said to be soft spoken and liked him back. He says he always regretted not saying goodbye to her when he left.

EDIT: Ok, so, I just confirmed that Lauren Bruner's girlfriend worked out of here too! He worked Shore Patrol, if one of the pr******tes was having trouble with a client she could press a buzzer and summon Shore Patrol. That's how Lauren met June, his first girlfriend.

Lauren Bruner was on the USS ARIZONA, December 7th, 1943. The way he survived is incredible, he ended up going hand over hand on a rope from the sinking USS to the USS VESTAL. Someone had thrown that rope to him from the other ship. He was the the last man to leave the ARIZONA and live.

He passed away in September. Tomorrow at sunset navy divers will place his ashes alongside his fallen crew mates in the Arizona memorial. Sorry for the tangent. I met him and was very fond of him. We really feel his loss here in Chinatown, Honolulu.

Sailors in Honolulu during WWII would anchor at this "hotel". This brothel matchbook has a lot of interesting writing on it and it was recommended by Hotel Street Harry, a columnist for the MidPacifican publication, in three different articles!

This Palace was a "tourist destination" for sailors during WWII. A man would pay $3 to spend time with a lady here.

This is the matchbook for the boogie house that Jean O'Hara worked in. She was a pr******te but she also had a lot of self respect and didn't tolerate poor treatment. I was astonished and delighted to find a matchbook for HER establishment and I'm sharing it with you now. If you want to listen to her book I but a video of me reading it on YouTube. You can also purchase her book on Amazon, Honolulu Harlot.

I found this matchbook for a WWII brothel and I wanted to share it with you. The picture is a man smiling with the words "This man patronizes us" but if you turn it upside down the man is frowning and the words say "This man wishes he had".

https://www.youtube.com/watch?v=G6xL4K9KlSw
Pearl Harbor survivor and crewman of the USS ARIZONA passed away September 10th. Lauren Bruner was 98 years old, here is a short video about him and falling in love in Hawai`i.

https://www.youtube.com/watch?v=G6xL4K9KlSw
Lauren Bruner passed away last Tuesday, September 10th. He was 98 years old, he will be missed and he will live on in our memories.

Today is the 125th anniversary of the overthrow of the Kingdom of the Hawaiian Islands. To learn more about it you can come on my tour tomorrow at 9:30AM or Saturday at 9:30AM. It starts in front of the Queen Lili`uokalani statue.

I just finished a documentary about Smith's Union Bar. I think you'll like it! https://www.youtube.com/watch?v=G6xL4K9KlSw

A Pearl Harbor survivor spent decades trying to forget it. Then one man got him talking - Los Angeles Times

Lauren Bruner was aboard the battleship Arizona when Pearl Habor was bombed, and for 60 years kept the experience to himself. Then he met Ed McGrath and everything changed.

The owner of Smith's Union Bar in Chinatown, opened in 1935, worries his landlord won't renew the bar's lease.

Carter Lee Churchfield is fascinated with the tantalizing stories of Chinatown’s risqué past.

Stealing Hawai`i: The Rise and Fall of the Last Queen, a new tour opening this week! 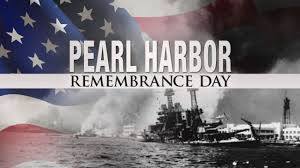 I'm announcing my new tour, Stealing Hawai`i: The rise and fall of the last Queen.

I was just made aware of this wonderful article! https://www.hawaii.com/oahu/things-to-do/walking-tours/chinatown-wwii-red-light-district/

Its wonderful to see a documentary about the recent history of Chinatown.

People who have Liked this page; Why did you Like it? Are you planning on taking the tour or is there another reason?

How did the great fire of Chinatown start on January 20th , 1900? Take the Devil's Den Tour on it's 117-year anniversary to find out!

January 20th will be the 117 year anniversary of the great Chinatown fire! If you would like to learn about it and the events that led up to it take my new tour: the Devil's Den Tour!

I was interviewed about the l***y ladies of WWII yesterday!
https://www.youtube.com/watch?list=PLQpkwcNJny6k-ynFpwaXt33MGAyHzUenc&v=LGQo_wlkgRk

Carter Churchfield of Honolulu Exposed shares his research on prostitution and culture in Hawaii during World War II. ThinkTech Hawaii streams live on the In...

Hidden Honolulu: Explore the Best Secrets the City Has to Offer

We delve deep into underground passages, secret societies and mysteries—including a few we pass by every day without noticing—to bring you the best secrets the city has to offer.

A wonderfully written teaser article just came out about the tour! Cool photos too. Its so rewarding to have my hard work recognized.
https://www.hawaii.com/oahu/things-to-do/walking-tours/chinatown-wwii-red-light-district/

Interesting article about the man who wrote the novel Hawai`i. http://www.secretsoftheeasternshore.com/st-michaels-character-day-crazy-life-times-millionaire-cheapskate-james-michener/

The novel “Chesapeake” was published on June 12, 1978, which makes the weekend when I am posting this piece the 38th anniversary of its appearance. By the time that book appeared, James Michener was already famous the world over. We are talking here about a guy who sold 75 million books during his l...

I will be giving mini tours during the festival!

Be the first to know and let us send you an email when WWII Red Light Tour posts news and promotions. Your email address will not be used for any other purpose, and you can unsubscribe at any time.