"Inossidabile" is the link with our passion for art. We are young, open minded towards innovation and courageous in experimenting
with new froms of collaboration between artists.

Our vision of art is transversal and thus we would like to join our diverse experiences in order to deal with different types
of creativity. We propose projects which integrate different types
of creativity in order to offer the public a complete art experience that stimulates the five senses. Combining visual art, fashion, food and music we create a strong link between the public and the artists. For us transperancy is fundamental to establish relations based on clarity and trust. 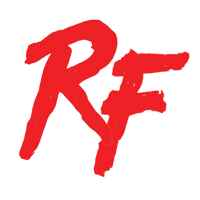 Founded in 2002 by Sara Brucker and Marc-Aurèle Vecchione, RESISTANCE FILMS was born from the ambition to produce atypical programs on the unique world of urban cultures. Demanding, modern and innovative, our way to address social, historical and artistic issues encourages us on every project, crossing cultures and influences, to give meaning to rebellious youths who have helped shape the world around us.

INOSSIDABILE on Periscope: "Talks @ The Bridges of Graffiti: "Letters and the Street Art...

INOSSIDABILE on Periscope: "Talks @ The Bridges of Graffiti: "Letters and the Street Art...

- JAVIER ABARCA is a key artist in the history of Spanish graffiti and an international figure in the study of graffiti and street art. Since 2006 he teaches a monographic class on the subject for the Universidad Complutense de Madrid. He’s the founder and owner of urbanario.se, an independent research platform about graffiti and street art active since 2008.
more info at: http://www.javierabarca.es/

- CLAUDIO MUSSO is an art critic and independent curator. PhD in Archeology and Art History, he is Adjunct Professor for History of Contemporary Art at University of Bologna (Campus of Ravenna) and he’s lecturer Theory of Perception in the Academy of Fine Arts in Bergamo. He has collaborated with different headings among which Exibart, Digicult, regularly writes for Artribune. He has participated as lecturer in international conferences in subject of urban art in Italy and abroad. He is co-curator of the Frontier – The Line of Style project and he’s part of the scientific committee of roBOt Festival.
He has published numerous articles and essays on the thematic of Graffiti Writing and Street Art and he is co-author of the volume Frontier The Line of Style (Damiani, 2013).
more info: http://www.frontier.bo.it/

- ERIC SURMONT is the art director of “Winterlong Gallery”, a street gallery based in Niort, France.He started his career organizing events in the city of Niort and in 1999 he curated the first commisioned wall for the city. In 1999 Surmont setted up an Hip Hop festival called “Le Hip Hop sous un autre angle”: it included a big graffiti jam organized in collaboration with Ahero (TSH from south of France) with the biggest name of the graffiti world in a 400 meter long wall such as: Alex (MAC, Paris), Daim ( Hamburg), Os Gemeos (Sao Paulo), Popof (MAC, Paris), Jonone (156, New-York), Aone (New York), Kongo (MAC, Paris) and many others.In 2010 he started a new experience with the festival “Le 4eme Mur” that during the years hosted important artists such as Escif, Kid Acne, Vhils, 108, Tellas, Ericailcane, Alexone, Daniel Munoz, Amandine Urruty, MOMO, Agostino Iacurci and many others.
more info at: http://www.winterlong-gallerie.com/

Here you are the list of talks and speakers we're going to host in November at Arterminal. The admission is free of charge.
Links to the live streaming via Periscope will be published some minutes before to start.
Here is the direct link to the event page: https://www.facebook.com/events/1675956692618023/

INOSSIDABILE on Periscope: "Talks @ The Bridges of Graffiti: "The Importance of Keeping Tracks"...

A small collage from "Writing Beyond Letters" with H. Hinz, R. Kaltenhaeuser and curated by P. Rivasi

Today's Talk "Writing Beyond Letters" is just started! We're waiting for you at Arterminal!
Here the link for the live streaming: https://www.periscope.tv/w/1mrGmVjvRwkJy

INOSSIDABILE on Periscope: "Talks @ The Bridges of Graffiti: "Writing Beyond Letters" with H....

The Bridges of Graffiti

The Bridges of Graffiti Talks

This is "The Bridges of Graffiti Talks" by Sartoria Comunicazione on Vimeo, the home for high quality videos and the people who love them.

Martha Cooper and Henry Chalfant's images of the graffiti that defined New York in the late 1970s and early '80s.