The Christian Brethren Archive is the world's foremost collection of books, periodicals and archival material relating to the Brethren movement.
(2)

The Reading Room re-opens this week as the UK's lockdown restrictions are slowly lifted, and we are also offering Zoom appointments for those wishing to view small amounts of material. Please email if you would like to make an appointment! [email protected] or [email protected] 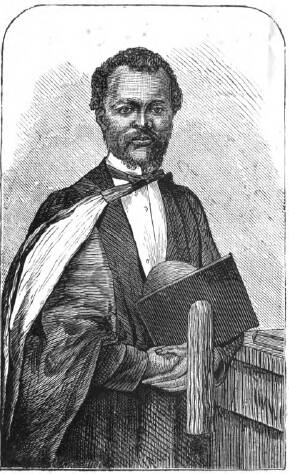 150 years ago today, 27 November 1870, Dr C. J. Davis died in France. A Brethren doctor from Barbados, (see post below of 30 June 2020), he had gone there to provide humanitarian aid to the refugees and wounded in the Franco-Prussian War. He contracted smallpox and after a short illness passed into the presence of God whom he had served..

Below is an etching of Dr Davis in his graduation gown at Aberdeen University and also his obituary from the British Medical Journal.

Search Results: All Fields similar to 'Echoes and Of and Service' and What equal to 'Periodicals' - Library Digital

I’m pleased to be able to let you know that digitised Echoes of Service magazines up to 1960 are now available on the CBA website. They can be found here: https://luna.manchester.ac.uk/luna/servlet/view/search/what/Periodicals?q=echoes%20of%20service&sort=reference_number%2Cimage_sequence_number&os=0.

A quick note about usage – some of the volumes from the 1940s and 1950s cover more than one year, so if you’re looking for a specific year which doesn’t appear to be there, you’ll find it with the following year (for example, the 1946 volume also contains 1944 and 1945).

I hope you enjoy using the new online material!

From today the UK has entered a new period of lockdown, but I continue to work on the CBA. You are welcome to contact me with your enquiries, and our digital resources are still available on our website: https://www.library.manchester.ac.uk/search-resources/special-collections/guide-to-special-collections/christian-brethren-collections/digitised-material/

Over the last couple of months I've been getting some new catalogues online, ready for when we're able to open the archives again. These include records from the Fordyce Gospel Hall in Insch and the North Sankuru Mission in Democratic Republic of the Congo. To find out more please see our online catalogues here: https://archiveshub.jisc.ac.uk/manchesteruniversity/data/gb133-for and here: https://archiveshub.jisc.ac.uk/manchesteruniversity/data/gb133-nsm

This collection contains documents and materials relating to the North Sankuru Mission in the Belgian Congo, between c.1933 and 1944. The collection is mainly comprised of circulars sent from the mission, which include updates on the conversion of native people to Christianity, among a few other eve...

I'm very pleased to let you all know that my furlough leave has come to an end. While the physical archive is still closed, I am once again working from home and very happy to help with any enquiries about the archive.

From Monday 20 April I will be on furlough. Under Government rules, I am not permitted to undertake any work on behalf of the University while I am furloughed so this page will not be monitored.

Any enquiries relating to the Christian Brethren Archive should be directed to my colleagues at [email protected] until I return to work.

Although the Christian Brethren Archive is currently closed, you are still able to access our digitised collections online. For more information, and to view the collections, please see our webpages at https://www.library.manchester.ac.uk/search-resources/special-collections/guide-to-special-collections/christian-brethren-collections/digitised-material/.

Due to the ongoing situation with COVID-19, the University of Manchester has decided to close all non-essential facilities, including the libraries, from 5pm today.

Therefore, the Christian Brethren Archive will be closed until further notice. While I will be contactable by email during working hours, I will be unable to make appointments for the Reading Room, or answer enquiries which involve consulting the collections for the foreseeable future.

I will post any updates I receive as the situation develops.

We've recently catalogued a collection of papers relating to the London Village Workers, and written a blog post about it. You can find out more here: https://rylandscollections.wordpress.com/2019/10/14/the-london-village-workers/

I’m pleased to be able to share with you details of the London Village Workers collection, part of the Christian Brethren Archive, which has recently been catalogued by Karen Jacques. The London Vi…

I'm pleased to announce that an annotated bible of John Nelson Darby will be included in an upcoming exhibition at the John Rylands Library in our Bible display cases. The exhibition will open in April 2019.

Another great image from our Echoes of Service lantern slide collection, Daniel facing down the Lions.

Our Collections Assistant Karen Jacques has discovered this wonderful illustration in the letters of Edward Petter. Petter was a travelling biscuit salesman, and a member of the brethren. His collection of 500 letters provide a fascinating insight into his travels, his faith and his affection for his wife and family. The illustration below is intended for his grandchildren, and details his travels on the Hai (Peiho) River to Peking.

The Papers of Interlink in the Christian Brethren Archive

Another great blog post on the papers of Interlink and women mission workers in the Christian Brethren Archive: https://rylandscollections.wordpress.com/2018/09/18/the-papers-of-interlink-in-the-christian-brethren-archive/

Jane Donaldson writes: The papers of Interlink have recently been deposited with The Christian Brethren Archive. Interlink, formerly known as the Home and Foreign Mission Fund, was a service agency…

A blog post on the latest additions to our digital holdings https://rylandscollections.wordpress.com/2018/08/21/digitisation-projects-in-the-christian-brethren-archive/

I’m delighted to announce the completion of several digitisation projects of material from the Christian Brethren Archive, with special thanks to the Photography and Imaging cataloguing teams. The …

CBA News! A selection of early brethren address books from 1873, 1897, 1904 and 1933 have been digitised and are now available online: http://luna.manchester.ac.uk/luna/servlet/view/search?search=SUBMIT&q=address+book&dateRangeStart=&dateRangeEnd=&QuickSearchA=QuickSearchA

We are delighted to announce that the catalogue for the Echoes of Service Archive is now available online: https://archiveshub.jisc.ac.uk/manchesteruniversity/archives/7880d2e4-ebf8-3ccc-be39-703395b75f27

The Children’s Book Collection in the Christian Brethren Archive

The Christian Brethren Children's Books collection has now been catalogued. We look forward to promoting access to this wonderful and interesting collection. https://rylandscollections.wordpress.com/2018/07/11/the-childrens-book-collection-in-the-christian-brethren-archive/

I am pleased to announce that a collection of children’s books in the Christian Brethren Archive has been catalogued. The collection contains wonderful examples of religious fiction and non-fiction…

The Journals of E.H. Broadbent

John McCrory writes: The papers of E.H. Broadbent document his travels as a Christian Brethren missionary through Central and Eastern Europe, Russia and Central Asia, from the late nineteenth centu…

Delighted to announce some newly digitised resources from the Christian Brethren Archive, including some early assembly address books, the journals of E.H. Broadbent and the photographs of Geoffrey Bull. Special Collections Blog posts to follow! http://luna.manchester.ac.uk/luna/servlet/view/search/what/Photography--History--20th%2Bcentury?q=brethren

For an update on some of our recent work, here's a link to the John Rylands Special Collections blog for a piece by one of our volunteers: https://rylandscollections.wordpress.com/2018/05/09/sunday-school-holiday-camp-collection-in-the-brethren-archive/

Search Results: All Fields similar to 'Echoes and Of and Service' and What equal to 'Periodicals' - Manchester Digital

Our early digitised edition of Echoes of Service are now live and available for access! Please see below a link to all of the volumes from 1872 - 1918
http://luna.manchester.ac.uk/luna/servlet/view/search/what/Periodicals?q=echoes+of+service&sort=reference_number%2Cimage_sequence_number

I am pleased to annouce the completion of the digitsation of an album of postcards of mission workers from our Echoes of Service collection, to view the postcards please follow the link below: http://luna.manchester.ac.uk/luna/servlet/view/search?search=SUBMIT&q=postcard&dateRangeStart=&dateRangeEnd=&sort=reference_number%2Cimage_sequence_number&QuickSearchA=QuickSearchA

Every time I return to the lantern slide collection, I make a new discovery. Today, it is a wild cat! Our lantern slide collections can be viewed at: http://luna.manchester.ac.uk/luna/servlet/view/search;JSESSIONID=917f0810-1771-4e32-bb38-a85b69399993?q=Echoes+of+Service+mission+organisation&sort=reference_number%2Cimage_sequence_number&os=250&pgs=250&res=1&cic=nonconform%7E91%7E1

The Language of Catalogue Descriptions

Some musings on the challenges of cataloguing: https://rylandscollections.wordpress.com/2018/02/05/the-language-of-catalogue-descriptions/

The Heritage Imaging Team has recently completed a project to digitise 901 lantern slides held in the Christian Brethren Archive. As mentioned in a previous blog post, in the case of many of these …

The catalogue for the papers of Harold Rowdon, Brethren historian and scholar, is now complete and available for use. Rowdon's papers provide valuable insight into his work with CBRF, Harvester and Partnership, and his seminal 1966 PhD thesis, The Origins of the Brethren: 1825-1850. https://archiveshub.jisc.ac.uk/manchesteruniversity/archives/c66f7cdd-eab4-3661-9b5f-80cb6e714b23?terms=hrp

Search Results: All Fields similar to 'Echoes and Of and Service and Mission and Organisation' - Rylands Non-conformist Collection

The Echoes of Service Lantern Slide Collection is now available to view online, can anyone help us to identify some of the people and activities that the slides depict? http://luna.manchester.ac.uk/luna/servlet/s/ycax18
A blog post about the digitisation project is also now available: https://rylandscollections.wordpress.com/2018/01/08/digitisation-of-lantern-slides-from-the-christian-brethren-archive/

We are delighted to announce that the Echoes of Service Lantern Slide Collection in the Christian Brethren Archive has been digitised and will soon be available online. Please see below a taster of the fascinating images the slides contain:

Digitisation of the Christian Brethren Archive

The Christian Brethren Archive is delighted to announce the completion of the digitisation of a collection of Letters by John Nelson Darby, and two notebooks from the Fry Collection. Please see below a blog post to find out more and with links to the digitised material: https://rylandscollections.wordpress.com/2017/09/04/digitisation-of-the-christian-brethren-archive/

We are pleased to announce that a further selection of material from the Christian Brethren Archive has been digitised, and is available for access online. This material includes a collection of co…

The Christian Brethren Archive is always pleased to discuss the acquisition of new material. In the last few months, we've received additions to the collection from the Carl McAuley at the Church of God in Belfast, Janice Holmes on Ireland Outreach, and David Angell on Village Works. If you have material that you think could be preserved in the CBA, please get in touch!

Delighted to welcome a new volunteer to the Christian Brethren Archive, John McCrory, whose first project will be to catalogue the papers of Joy Guy. 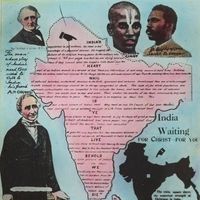 Digitisation of a letterbook of John Nelson Darby

I am pleased to announce a new addition to the digitised material for the Christian Brethren Archive, a letterbook of John Nelson Darby (1800-1882). Darby was one of the founder members of what lat…

As the new archivist for the Christian Brethren Archive, I am thrilled to begin work on this rich and fascinating collection. I plan to write future posts on my activities and discoveries, as I learn more! Jessica Smith.

Be the first to know and let us send you an email when Christian Brethren Archive posts news and promotions. Your email address will not be used for any other purpose, and you can unsubscribe at any time.

Other Museums in Manchester

Hi, My name is Agnes. I am a Christian living on the Wirral and I would like to get in touch with someone from the Liverpool congregations regarding Newsham Park Chapel. I have seen that it is up for sale and I was wondering if there would be any way we could meet somebody to discuss buying it for continued use as a Christian church and venue. Blessings to you, Agnes
I used to go to Princes Road Evangelical Church in Buckhurst Hill Essex, formerly Princes Hall. It closed towards the ends of the Noughties, when we moved to Latchett Church in South Woodford London, both former Brethren assemblies. Do you have any info on them. (Latchett has also closed in autumn 2019 as did Canfield Chapel in nearby Woodford Bridge, another former Brethren Assembly.)
Christian Graphic, 1931
The Pilgrim Preachers on one of their tours. The journey was begun in Lands End, at Cornwall on 23 April, and they moved northe by Penzance, Truto, Bodmin, Launceston, Exeter, Taunton, Bridgwater, Weston Super Mare, Bristol, Stroud, Gloucester, Cheltenham, Birmingham, Lichfield, Derby, Sheffield, Barnsley, Leeds, Rippon, Darlington, Durham, Newcastle, Alnwick, Berwick, Dunbar, Edinburgh, Perth, Dundee, Montrose, Abeerdeen, inverness, Dornoch, Wick, Thurso and John O'Groats on 9 September. The Christian Graphic October 1920
Mr. and Mrs. Porteous, who toured Perthshire, Scotland, with the Gospel. Picture published in "The Gospel Graphic", June 1920
Just wondering if anyone knows/knew Angus Swanson. I have 4 recordings of him made is Brisbane, Australia, in 1983. I am assuming he was from Scotland.