Working on the Nevada model for the FF film.

we are very proud to be at the Glasgow Film Festival with 'Prophecy' and a Q&A with the brilliant Peter Howson.

Our latest film, just finished at Raindance- we'll keep you posted for the next showing.

Conforming Prophecy at Molinare-grade next week.

model shoot for the last scene on Prophecy!

Prophecy is almost there. 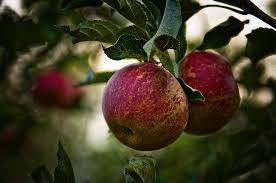 a calming moment from our latest shoot

from the kooks shoot

shooting the canvass for 'Prophecy'

The Kooks - Be Who You Are

‘Best Of… So Far’ is available to pre-order now! http://po.st/TheKooksSt Listen to the brand new single ‘Be Who You Are’ instantly: https://TheKooks.lnk.to/B...

Busy shooting the Kooks in Marrakech.

This is "Cervical Cancer Film" by Itch Film on Vimeo, the home for high quality videos and the people who love them.

filming the next Disrepublic production.

shooting art by Hayes Hopkins for the new kooks album

HAVE A GREAT NEW YEAR WITH DISREPUBLIC

Shooting some beautiful flowers for Cervical Cancer awareness in Scotland. CG at Absolute next.

For No Good Reason | We Are Colony

Explore the For No Good Reason bundle on We Are Colony. Actor Johnny Depp explores the career and activism of his friend, renowned artist Ralph Steadman who worked alongside Hunter S. Thompson. A high-spirited documentary also featuring Terry Gilliam and Richard E. Grant.

Disrepublic is currently shooting in Glasgow.

Working with the great Peter Howson

Be the first to know and let us send you an email when Disrepublic posts news and promotions. Your email address will not be used for any other purpose, and you can unsubscribe at any time.

we are very proud to be at the Glasgow Film Festival with 'Prophecy' and a Q&A with the brilliant Peter Howson.

Our latest film, just finished at Raindance- we'll keep you posted for the next showing.

a calming moment from our latest shoot

a tribute to some of my fave photographers.

see this painting in Charlie Paul's film about Peter Howson's epic efforts painting for the Flowers East show starting tomorrow and continuing for a month.

Can't wait to show you Peter's recent work, meanwhile here is a pastel from 20 years ago.

Starting the processing of Peter's first piece for His Flowers East show.

Aldous all jazzed up.

this is a test teaser shot for Bryn Higgins to promote his movie, Electricity, breaking at the London Film Festival next week,

Fun and games in the studio, shooting the title sequence for 'Electricity' premiered at the London Film Festival in two weeks.

just found this live clip we shot from the Marmozets Live

For No Good Reason.

This is the first test on the Pin Hole Time Slice camera.

Other Art Museums in London