The Jewel Tower dates back to 1365 and is the last surviving free-standing part of the medieval palace of Westminster. The tower was originally built in 1365 to store the personal treasures of King Edward III.

It was used by his successors up until the reign of Edward VI, before it was given to Parliament in the 1500s to house the records for the House of Lords. The tower was later handed over to the Government, when the Department for Weights and Measures used it as their base. The imperial measurements were all standardised here, including the infamous Great British Pint, that all pints still conform to today. Come visit us today, to see a remarkable medieval survival in the heart of Westminster.

We plan to be open from May 17 and can’t wait to welcome you back!

Tickets are now sale for visits in May and June. If the government’s roadmap changes and we can’t open as planned, we’ll refund you automatically.

Book tickets and find out what we’re doing to keep you safe: https://bit.ly/Jewel-Tower

We plan to be open from May 17 and can’t wait to welcome you back!

Tickets are now sale for visits in May and June. If the government’s roadmap changes and we can’t open as planned, we’ll refund you automatically.

Book tickets and find out what we’re doing to keep you safe: https://bit.ly/Jewel-Tower

Why do we eat eggs at Easter?

Did you know that throughout history, people have given each other eggs at spring festivals to celebrate the new season? 🥚

🐤 Eggs represent new life and rebirth, and it's thought that this ancient custom became a part of Easter celebrations.

How did eggs become such an important part of Easter celebrations? Find out with our mini history of the Easter egg.

It won't be long before we can welcome you back! 😀

We'll be open from 17 May and you'll need to book in advance. We'll let you know as soon as tickets are available.

It won't be long before we can welcome you back! 😀

We'll be open from 17 May and you'll need to book in advance. We'll let you know as soon as tickets are available.

ℹ Jewel Tower is closed temporarily because we cannot open in a way that is compliant with government guidelines. We look forward to seeing you as soon as we are able to re-open safely.

From this weekend, we'll be returning to our normal winter opening hours of 10am - 4pm, Sat - Sun.

As we're in tier 2, some areas of your visit might be restricted.

Book tickets and find out what we're doing to keep you safe ➡ https://bit.ly/Jewel-Tower

ℹ️ Jewel Tower is closed temporarily because we cannot open in a way that is compliant with government guidelines. We look forward to re-opening as soon the restrictions are lifted, and you can still book for visits from Dec 3rd. 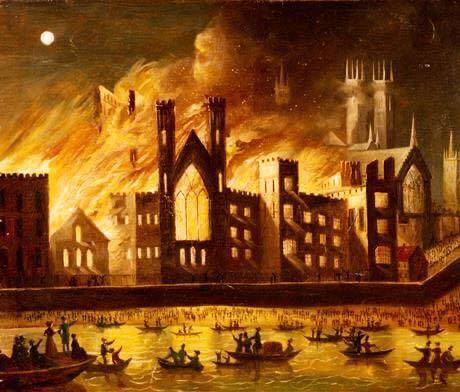 On this day in 1834 the original medieval Palace of Westminster was almost entirely destroyed by fire, with the Jewel Tower being one of the few surviving parts.

Open from 10am to 5pm Wednesday to Sunday, come to discover more about the Jewel Tower and medieval Westminster.

Did you know that we've now reopened many of our historic sites for you to explore? 🎉

Why not make the most of your time in London and combine your visit to us with a trip to the stunning Apsley House with its glittering interiors and then walk around the corner to see the impressive Wellington Arch?

Advanced booking is essential, follow the links below to book your visits. We can't wait to see you!

We're taking part in the Eat Out to Help Out scheme this August. EVERY Monday to Wednesday get 50% off meals and non-alcoholic drinks up to a maximum of £10 per person at our cafe 😋

We're delighted to be reopening today 🎉 We've been working hard to welcome you back safely!

Some things may be a little different to ensure that you have a safe and enjoyable visit. Find out more in our FAQs
➡️ https://bit.ly/3eKR1NF

Our tickets are selling out fast so if you'd like to join us soon, book now
➡️ https://bit.ly/3hskWfp

We’ll be opening again from 1st August! 🙌 We can’t wait to see you and want to share some important information.

You’ll need to book tickets in advance: https://bit.ly/3hskWfp . You’ll only be able visit if you’ve pre-booked and you’ll need to arrive during your time slot.

👫 To help keep everyone safe, some things may be a little different when you visit. You can find out what to expect https://bit.ly/3eKR1NF.

Hello everyone! 👋 We know lots of you are excited to visit again and we can’t wait to see you!
📅 For now, Jewel Tower remains closed. We’re reopening our sites in phases. Some will open on 13 June, followed by others in early July and the rest in August. As soon as we’re able to confirm a reopening date for Jewel Tower, we’ll let you know.
🎟 We’ll be asking you to book in advance and arrive during your time slot. Things might also be a little different when you visit and we’ll let you know what to expect.
We’ve missed you and we’re looking forward to welcoming you back.

ℹ️ In line with government guidelines, our staffed sites remain closed. It’s now clear that we’ll not be able to re-open on 1 May as we’d originally hoped. Instead we’ll re-open as soon as government advice allows and only when we can ensure everyone’s safety.

The Jewel Tower will be observing the two minute silence at 11am today. We invite all our guests to joins us.

The Jewel Tower is currently closed as Her Majesty Queen Elizabeth II comes to the Palace of Westminster for the State Opening of Parliament.

We shall be reopening this afternoon.

⚠️ Please note that Jewel Tower will be closed on Monday 14th October 2019 until 1pm due to the State Opening of Parliament. We apologise for any inconvenience. ⚠️

Visit us on (27/09/2019) and have a go at seeing if you can uncover the Tower’s secrets in our fun escape room and then treat yourself to a delicious drink at Wellington Arch’s gin bar.

Step back in time with us, as part of the Emerge Festival, to 1834 when a fire was reported in the Palace of Westminster.

The Jewel Tower itself should be safe but you must uncover a secret that is woven into the fabric of the building itself – the hiding place of Edward III’s lost jewels. The truth will lie within the architecture and scrolls locked within the tower but, can you work as a team to decode the mystery before the jewels are lost forever?

The Jewel Towers garden is host to a brand new set of panels, interpreting our exciting story and tales of the lost Palace of Westminster.

For the past three weeks here at Jewel Tower we have kept a small section of our garden closed in order to protect a nest of little robins.

They have now fledged and we have five new red-breasted neighbours.

Happy Pride! We send a warm welcome to everyone coming to London for today’s Pride celebration.

Today is the 98th Birthday of The Duke of Edinburgh. The Jewel Tower sends loyal congratulations to His Royal Highness.

Today is the official birthday of Her Majesty the Queen. The Jewel Tower sends many loyal congratulations.

Toast the finale of Game of Thrones in style with a traditionally crafted Abbey Horn cup, as used in the series.

The perfect companion for our English Heritage Traditional Mead, both are available in the Jewel Tower gift shop.

We are currently open everyday, from 10am to 6pm.

This weekend why not take advantage of the view of the Victoria Tower from the gardens of the Jewel Tower.

Currently the Elizabeth Tower (Big Ben) is covered by scaffolding, however you can gain a clear view of parliament from our gardens and windows.

We are currently open everyday from 10am until 6pm.

Last week our 14th century rib vaulted ceiling had an extensive and well deserved clean by our conservation team. The carved bosses you can see on our ground floor have been keeping watch on all who have entered the Jewel Tower over the past 654 years.

Today you can discover many original features within the Jewel Tower and the history of the Palace of Westminster, we are currently open everyday from 10am to 6pm.

The Jewel Tower sends loyal and delighted congratulations to Their Royal Highnesses The Duke and Duchess of Sussex on the birth of their son.

With the flag of St. George flying over the Jewel Tower, Happy St. George’s day to all

On this Easter Sunday the Jewel Tower wishes all a Happy Easter and Her Majesty Queen Elizabeth II a happy 93rd birthday.

Despite ongoing road closures around Westminster the Jewel Tower is still open to visitors.

We are currently open everyday from 10am until 6pm, please see the English Heritage website for more details

⚠️ Please note that on 17th March Jewel Tower will be closed while there are important building works to our cafe. We apologise for any inconvenience caused. ⚠️

Today these windows, designed by Sir Christopher Wren and installed in 1719, leave The Jewel Tower for the first time in 300 years.

They are being taken across the road to Parliament’s conservation team who will give them a well earned restoration.

Here at The Jewel Tower we remember PC Keith Palmer killed in the terrorist attack of 2017 in Westminster.

A new memorial has been placed nearby in his honour.

The Palace of Westminster, including The Jewel Tower, is the home to colonies of crows and magpies – often, but not always, co-exisiting harmoniously. At The Jewel Tower we periodically find birds dead in our garden whether from fights, fright or failed flight. After discovering a very large expired crow lying directly across our front door we wondered how that might be interpreted in centuries past. And who better to tell us than Professor Mary Beard?

So we personally asked her and this is what she said:

“Interesting… Crows and ravens seem to have a portentious role in a great many cultures. Roman priests would read the auspices (literally from Latin for bird-watching) and report on these before important decisions of state were made. The auspices were messages from the Gods.”

And then Professor Beard gave us some bad news…

“A dead crow would certainly not be considered to be a good omen.”

“But thankfully, “ she reassured us, “we no longer base important decisions on such sightings!”

With that explained there is no reason for anyone to fear a trip to the heart of historic Westminster! The Jewel Tower is open every weekend.

Be the first to know and let us send you an email when Jewel Tower posts news and promotions. Your email address will not be used for any other purpose, and you can unsubscribe at any time.

Juliet Marie, if you are still a member we can go here when we go Westminster