Experience a thousand years of fascinating history, as you walk in the footsteps of the Prince Bishops of Durham. Auckland Castle is one of the best-preserved bishops’ palaces in the whole of Europe and is at the centre of The Auckland Project.
(66)

Open Wednesday to Sunday, 10am to 4pm
Last entry at 3pm

Groups: must be pre-booked

If you are planning a visit over the holidays, please be aware The Auckland Project will be closed on the following dates:

We will be closed from Monday, 6 January for a period of annual maintenance, conservation and staff training. We will also update the exhibitions in our temporary gallery spaces. Our destinations will re-open on Saturday, 15 February.

900-year-old Auckland Castle was a private palace for the Prince Bishops of Durham.

Find out what makes Auckland Castle such a significant part of English history in the latest edition of our Behind the Scenes videos, with our Volunteer Tour Leader, Lydia Nicholson.

900-year-old Auckland Castle was a private palace for the Prince Bishops of Durham.

Find out what makes Auckland Castle such a significant part of English history in the latest edition of our Behind the Scenes videos, with our Volunteer Tour Leader, Lydia Nicholson.

Bishop Auckland Food Festival returns next weekend. See our main page The Auckland Project for updates on what we've got planned for next weekend!

We have 2 brand new vacancies on our website: http://bit.ly/2BV5xU3

Have you liked our new page The Auckland Project yet?

Head over there to find out about events, news and our future plans!

Last September, we became The Auckland Project, we changed our page to start a new era.

Have you Liked our new page The Auckland Project yet?

You'll find the latest news on our projects and future plans as they approach opening!

Even the trees are twinkling at our Christmas Market - open tonight until 7pm!

Like and follow our new page The Auckland Project and find out more about our upcoming events, including our Christmas Market 2017

The Auckland Castle Christmas market returns once again this month!

Make your own decorations to take home in these fun and festive workshops. Suitable for over 16's or under 16's accompanied by an adult. £10 per person

Auckland Castle is part of The Auckland Project. Please visit our official page to find out more. Join us for our popular torch lit trail through the Deer Park this weekend and encounter ghostly figures and historic tales. #AllHallowsWalk #familyfun

On the morning of 17 October in 1346, an English army marched from Bishop Auckland towards Durham and victory against the Scots at the Battle of Neville’s Cross (depicted using artistic licence in this detail from a 15th century French manuscript).

Thomas Hatfield was then Prince Bishop of Durham; however, he was apparently not present when the army set up camp in the grounds of Auckland Castle the night before the battle.

Find out more about the Castle’s history: http://bit.ly/2ihctlU

Test out leatherwork and create your own small leather item in this workshop, with an Am and a Pm session, don't miss out!

If you're planning to visit the Deer Park, please be aware that a large tree has fallen down due to the high winds and is blocking the path close to Trevor's Bridge. It will be removed by the end of the week.

The park remains open and our team have checked it fully and it is safe for visitors to access.

We can't think of a more aptly named venue for our Pop-up Museum than Prince Bishops Shopping Centre in Durham.

We're here until 5pm; come and join us to try on a Bishop's mitre and have your picture taken sitting in our replica throne! 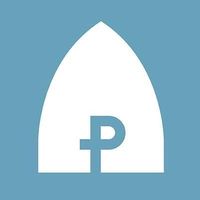 Have you liked our new page yet? Our new page will have updates on our
latest developments, events, workshops and opening dates! Like us here: https://www.facebook.com/aucklandproject/

Don’t forget to like our new page The Auckland Project to keep up-to-date with the latest news from The Auckland Project. We’ll be sharing photos and video from the development, as well as details of all our upcoming events. https://www.facebook.com/aucklandproject/

Spin the wheel, and learn how to drop spindle in our upcoming Craft Skill workshop on 11 October, book here: http://bit.ly/2w7YaBS

We’ve got a new look and a new name to reflect the progress of our project from ideas to action. Follow us at The Auckland Project to get a glimpse behind the scenes at the exciting things happening in Bishop Auckland. 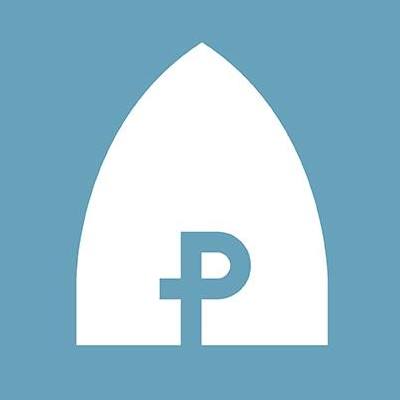 It’s a big day at Auckland Castle – we’ve been working behind the scenes on a new name and identity, which marks a new chapter in our journey and it launches today!

We’ve become The Auckland Project, to reflect the scale, longevity and ambition of our mission.

Please like our new page The Auckland Project where we will keep you up-to-date with the progress of the project, as well as all the exciting events and activities that are happening in Bishop Auckland.

Five years later, with several significant milestones along the way and tremendous support from many organisations and individuals, we are up and running, with

This Health & Safety apprenticeship provided by us and Bishop Auckland College is a great opportunity to start your career, apply today!

Did you dress up as a Bishop at our Craft Skills Festival? Find your picture here.

If you see anyone you know, be sure to tag them in the comments section of the picture!

Do you want to join in on the pop-up museum? We'll be in Bishop Auckland Marketplace this weekend.

Congrats to our members of Bishop Auckland and Coundon in Bloom, as they won gold in Northumbria in Bloom’s Special Award category for ‘Conservation’ – this recognises horticultural & conservation achievement and community engagement!

Today at the Northumbria In Bloom ceremony Bishop Auckland and Coundon In Bloom received the following:

We started at the back end of 2016. In such a short time, we think that these awards are a reflection of the hard work and enthusiasm the organisations and individuals have put in. Bishop Auckland and Coundon In Bloom congratulate all the award winners and confirm we will have our own ceremony to present the awards in the not to distant future.

Today the Craft Skills Festival begins!! With demonstrations, craft stalls and a spectacular display of flowers in our Chapel, why not come along and add some heritage to your weekend?

All set up and ready to go at Eggleston Show - come say hello!

Attending the Craft Skills Fest this weekend? Check out St. Peters Chapel as we'll be decorating it for our Flowers in The Chapel display!

Marquee set-up in the castle grounds for this weekend's Craft Skill Festival! Come along from 10am - 4pm and try out some crafts!

Be the first to know and let us send you an email when Auckland Castle posts news and promotions. Your email address will not be used for any other purpose, and you can unsubscribe at any time.

Send a message to Auckland Castle:

Here's Chris' Chase, A straight part of the trail race which allows you to build some speed!

Eyeing up 1st place in our Trail Race? The Fields of Gold are likely to give you that extra boost!

Local youngsters at Jack Drum Arts summer school took centre stage at the castle this afternoon for their big performance.

Beat N Blow are performing at Auckland Castle right now! Don't forget to check out the next performance on Saturday at 12pm!

Experience a thousand years of fascinating history, as you walk in the footsteps of the Prince Bishops of Durham.

Whether you enjoy wandering through beautiful parklands, exploring art and culture, or having fun with the family, there’s something here for everyone.

Other Museums in Bishop Auckland